A national complete series is established of eight coins exclusively

The 27 Member states of the European Union

The European Union (EU) is a political and economic association of 27 European States which delegate or transmit by treaty the exercise of certain powers to Community bodies. It stretches over 4.5 million square kilometres, is populated with over 511 million inhabitants and is the world’s leading economic power in terms of nominal GDP. In 2021, the EU has 27 states following the exit of Great Britain - Brexit. 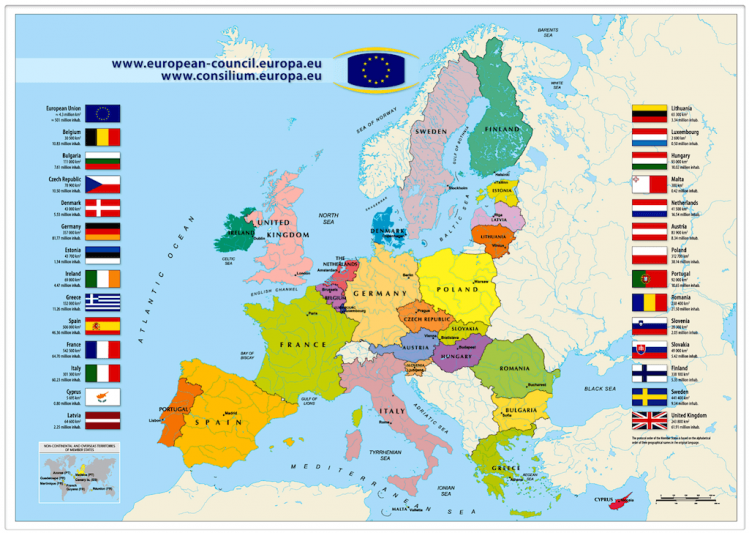 The 19 Member states of the Eurozone

The Eurozone is a monetary area which groups the Member states of the European Union which adopted the euro (EUR, €) as exchange; on twenty seven Member states of the EU, nineteen use the euro. These nineteen countries represent more than 340 million inhabitants in 2017 for a GDP accumulated by 11 886 billion euros. 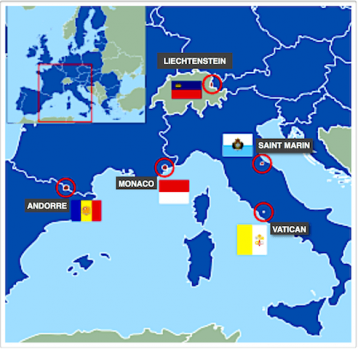 Andorra, Monaco, San Marino and the Vatican use the euro through a monetary agreement with the EU, and have obtained the right to issue a limited number of euro coins through previous monetary agreements with their neighbours. Liechtenstein uses the Swiss franc.

They are thus 19 Member states of the European Union:

And 4 not member micro States: 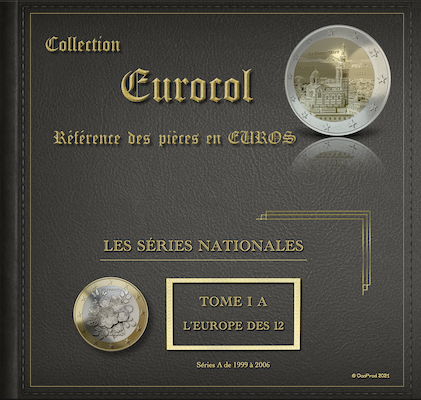 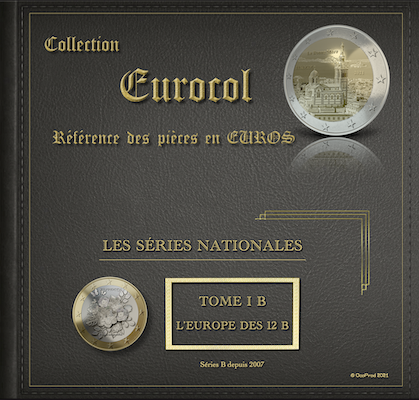 The name of the broadcasting Country on a coin is in local language; it is thus important to know its origin?

Some reminders and precisions

A national complete series is constituted by eight coins exclusively:

The Euro is in circulation since January 1st, 2002, but the engraved Euro first ones date 1999.

The notion of higher given "examplary" calls back that Eurocol does not take into account the vintage year of a coin : too voluminous on one hand and without big interest numismatics, because the coins of 2000 or 2001 of a Country are identical.

As you saw it in " the common sides ", the European Central Bank asked in 2007 the Member states to modify the common face or European of all their coins. The concerned States thus emitted the second national series.

These two series are thus different (because their European motive changed) and taken into account in Eurocol : the previous coins in 2007 carry an index - a.

All the coins emitted by these States as from January 1st, 2007 carry an index - b.

Four micro States, not member, are authorized to emit euro coins. They have only a single national series.

Several particular cases required the broadcast of a new national series, in function for example the princely change or the death of the Pope, the abdication...

The following board presents the number of national series taken into account in this collection and the total number of studied coins.

Distribution of the various national series of the broadcasting Countries of euro coins?

The coins of the National series of Eurocol