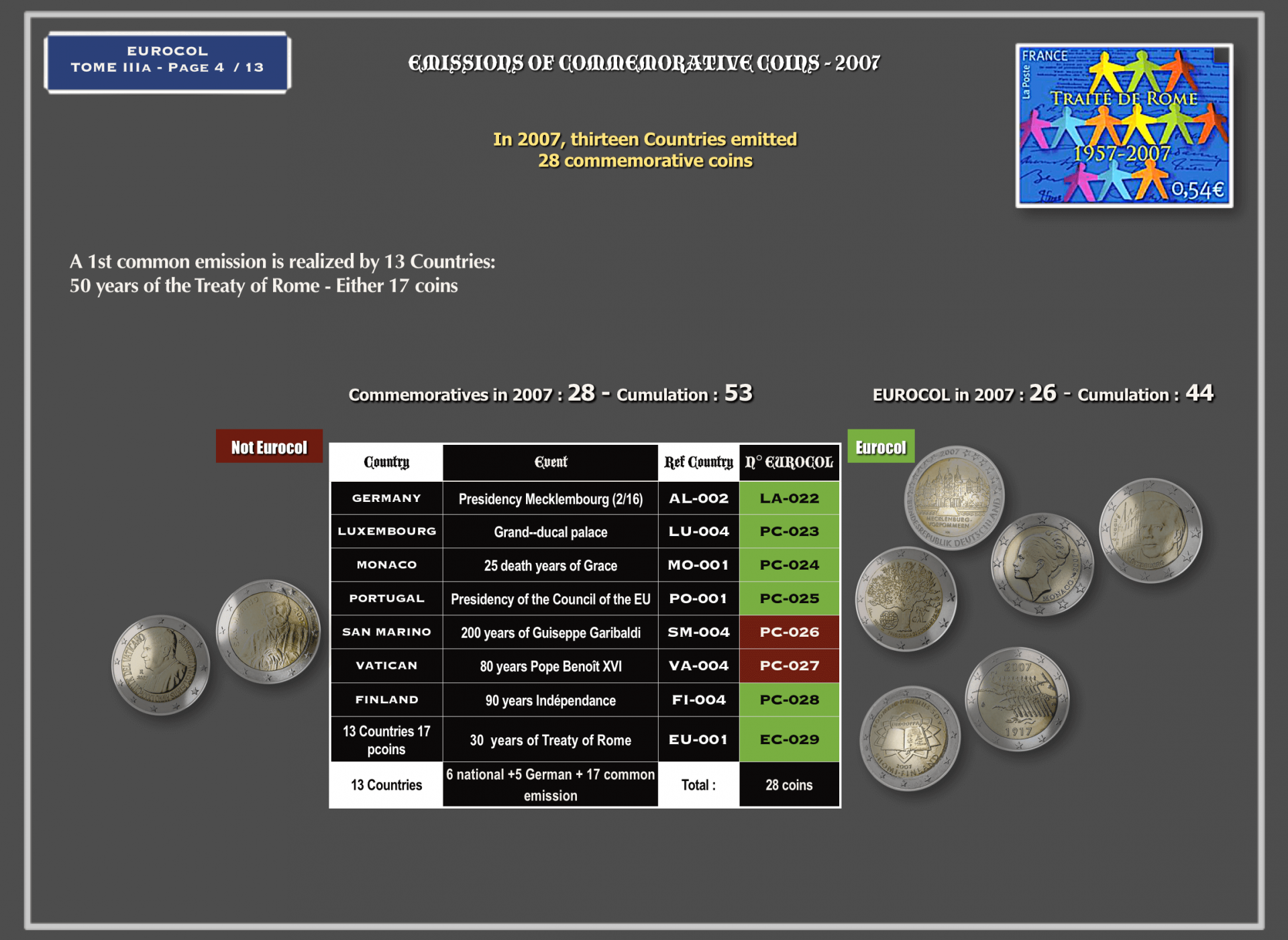 Year 2007 : New series on the common emissions of States 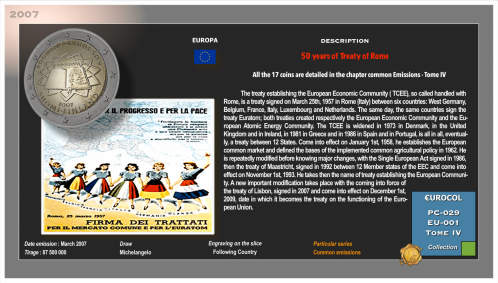 In 2007, the first coin "in common emission" appeared. She commemorates "50 years of the signature of the Treaty of Rome".

These coin are presented on all the site in a carmine red bottom to distinguish them on one hand, thus but also because they concern a distinctive series of coins as far as they have an identical motive but struck with the name of the broadcasting, different Country others. The labels of identification are carmine red in Volumes IIIa and IIIb too.

They concern European symbols which I let you discover and are among 87 repartees on 5 groups (in 2015) and are classified in the Tome IV - common Emissions.

Furthermore, these coins are classified in a subcategory of the commemorative coins: THE PARTICULAR SERIES. See farther 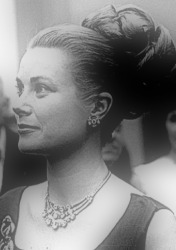 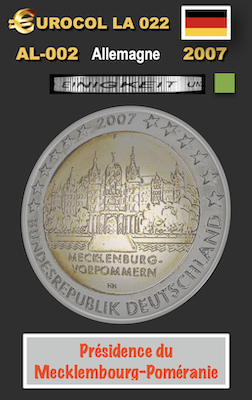 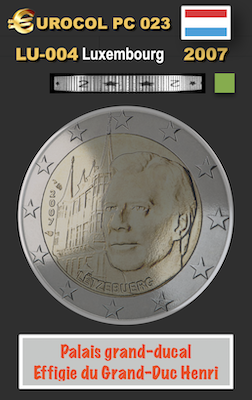 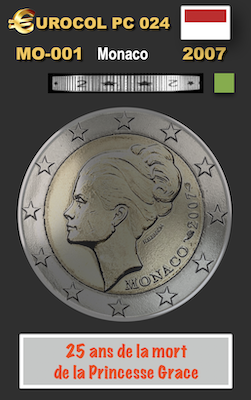 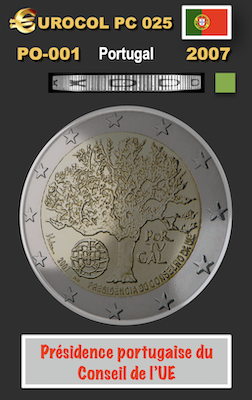 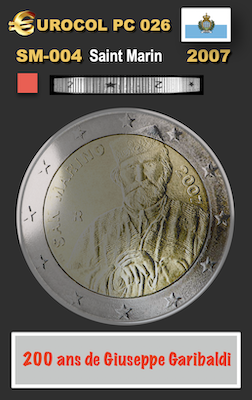 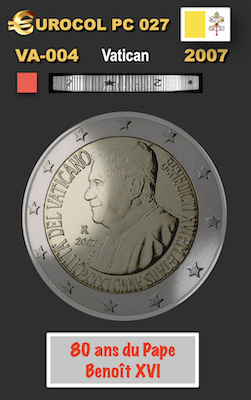 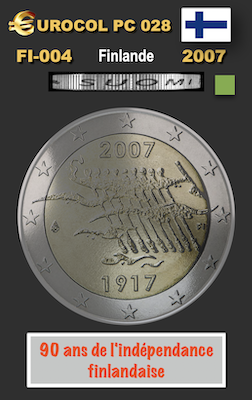 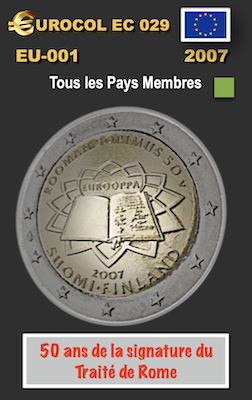