The coins of Andorra currency

The coins of the principality of Andorra are struck by the European institute of its choice.

Since July, 2013, Andorra has the possibility of emitting euro coins for an amount of at least 2.342.000 € a year. It becomes the 21th State to propose us values numismatics in euros.

The Coat of arms of Andorra, la Casa de la Vall, church of Santa Colona and eagle and izard

The four motives of Andorran coins 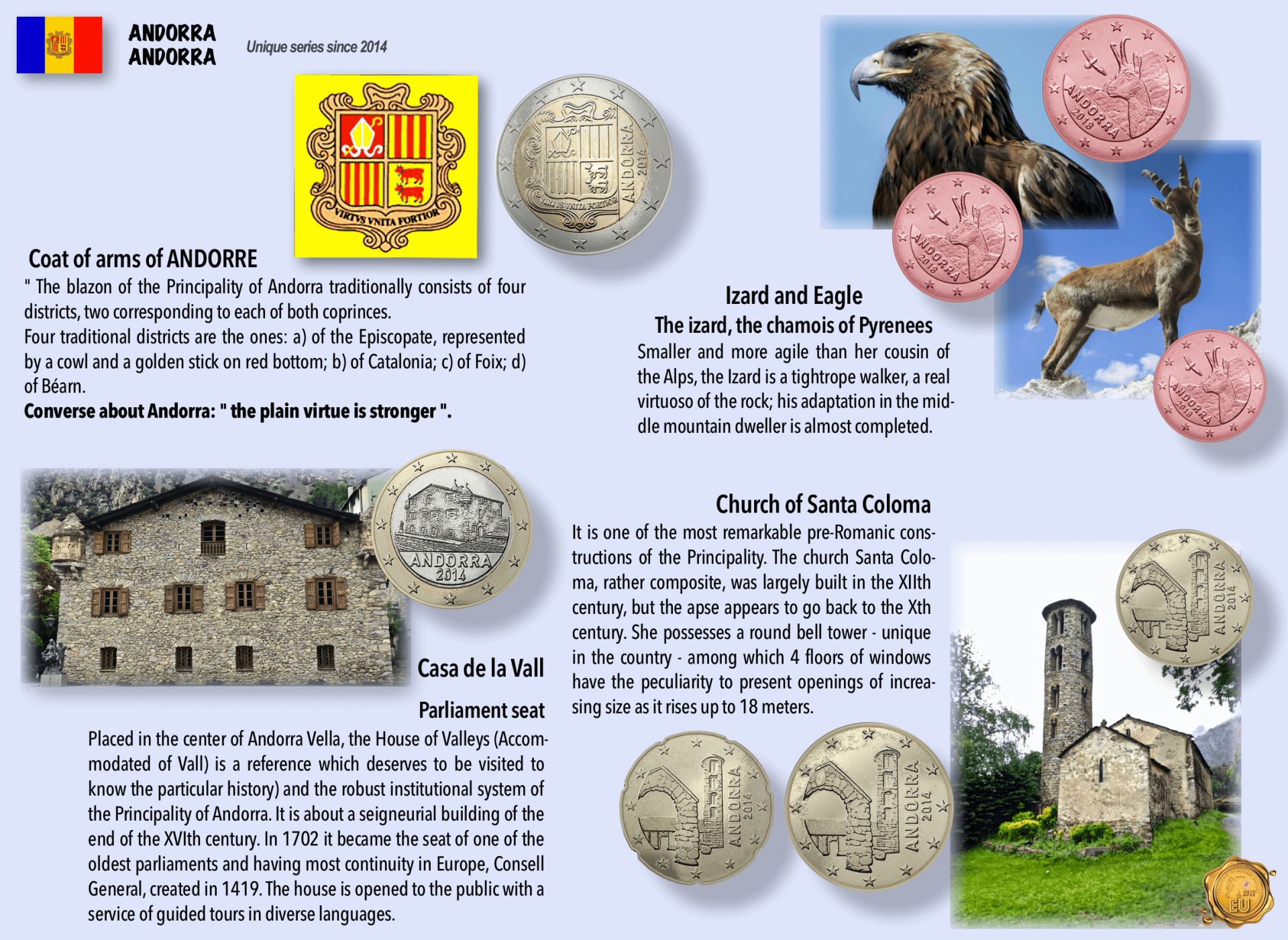 Carousel of the Andorran coins

The coat of arms of Andorra, Accommodated it of Vall, a representation of the Romanesque art, the elements of the nature. 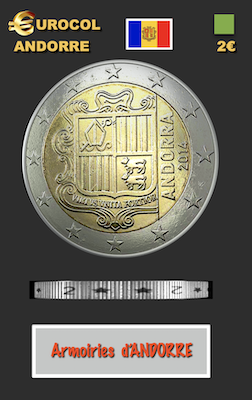 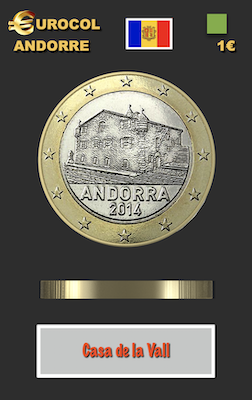 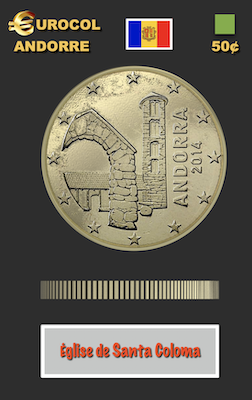 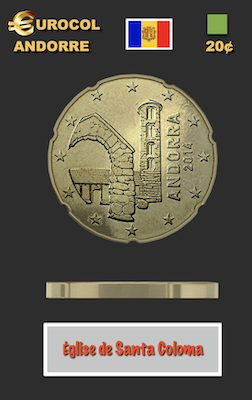 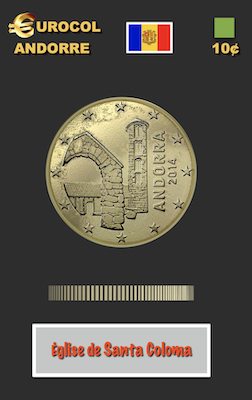 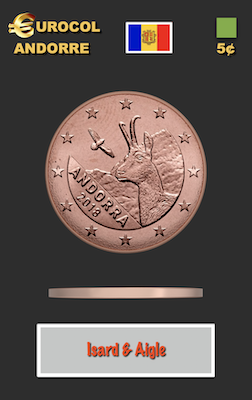 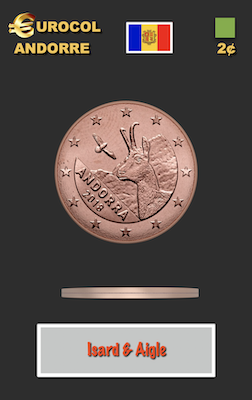 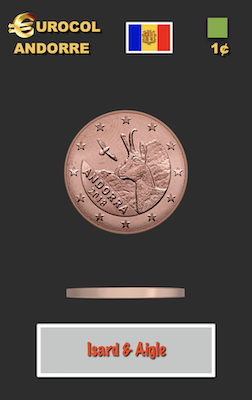 Andorra in a few figures

(The Unity makes the Strength)

Coat of arms of Andorra 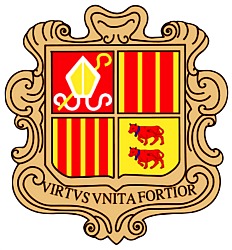 The Principality of Andorra

Andorra, officially principality of Andorra, in Catalan Andorra and Princedom of Andorra, is a State of Southern Europe and, according to certain definitions, western. Lined by Spain and France, its location in the massif of Pyrenees, in fact a State mainly established(constituted) by high mountains. It is about one of the smallest sovereign States of Europe, with a surface of 468 km2 and a population estimated at 85 458 inhabitants in 2014. Established in 1 023 meters over the sea level, Andorra-la-Vella, its capital, is the highest of Europe. The official language is the Catalan, the official currency the euro. 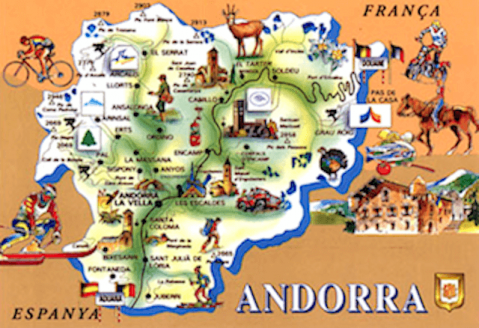 The slogan of Andorra is "Virtus Unita Fortior", and its flag is constituted by three blue, yellow and red vertical bands, the yellow band being stuck by the Andorran badge. The national anthem is El Gran Carlemany.
The principality, the creation of which goes back to 780 under Charlemagne's reign, is governed by a unique system, the paréage. This contract of feudal right grants the Andorran throne to two coprinces, the Catalan bishop of Urgell and the French head of state. For a long time unknown but very attractive, Andorra went out of its isolation to the XXe century, in the course of which it took advantage of its exceptional natural frame and used an advantageous fiscal system to become a big tourist destination, welcoming about ten million visitors every year. If the principality is considered as its ski runs and its low taxes today, it is also often considered as a tax haven.

It is a member United Nations since 1936, Council of Europe but not the European Union.

According to a legend of the XIe century, Charlemagne would have granted a charter to the Andorrans to reward them for their fights against the Moors. " Big Charlemagne, my father, Arabs delivered me. " It is with these words that begins the Andorran anthem.
The control of the territory passed to the counts of Urgell then to the bishop of the diocese of Urgell, in division with the family of Caboet, then the inheritance passed to the viscounts of Castellbó, then to the counts of Foix. Both coLords (layman and cleric) were often in confrontation about their rights on the valleys of Andorra.

In 1278, the conflict was solved by the signature of a treaty establishing the shared paréage sovereignty of Andorra between the count of Foix and the bishop of Urgell, in Catalonia. This gave to the small principality its territory and its political shape.