The coins of the Irish currency

The engraving of coins is realized by Jarlath Hayes.

The euro coins of Ireland have a realized unique drawing which reproduced an Irish national symbol, the medieval harp says of Brian Boru.

On all the drawings represent twelve stars of the European Union. Besides the year of emission, the Gaelic name of Ireland (EIRE).

"EIRE", the name of Ireland in Gaelic, means "HARP"

Slice of the 2€ irish coin

The unique motive of the Irish coins 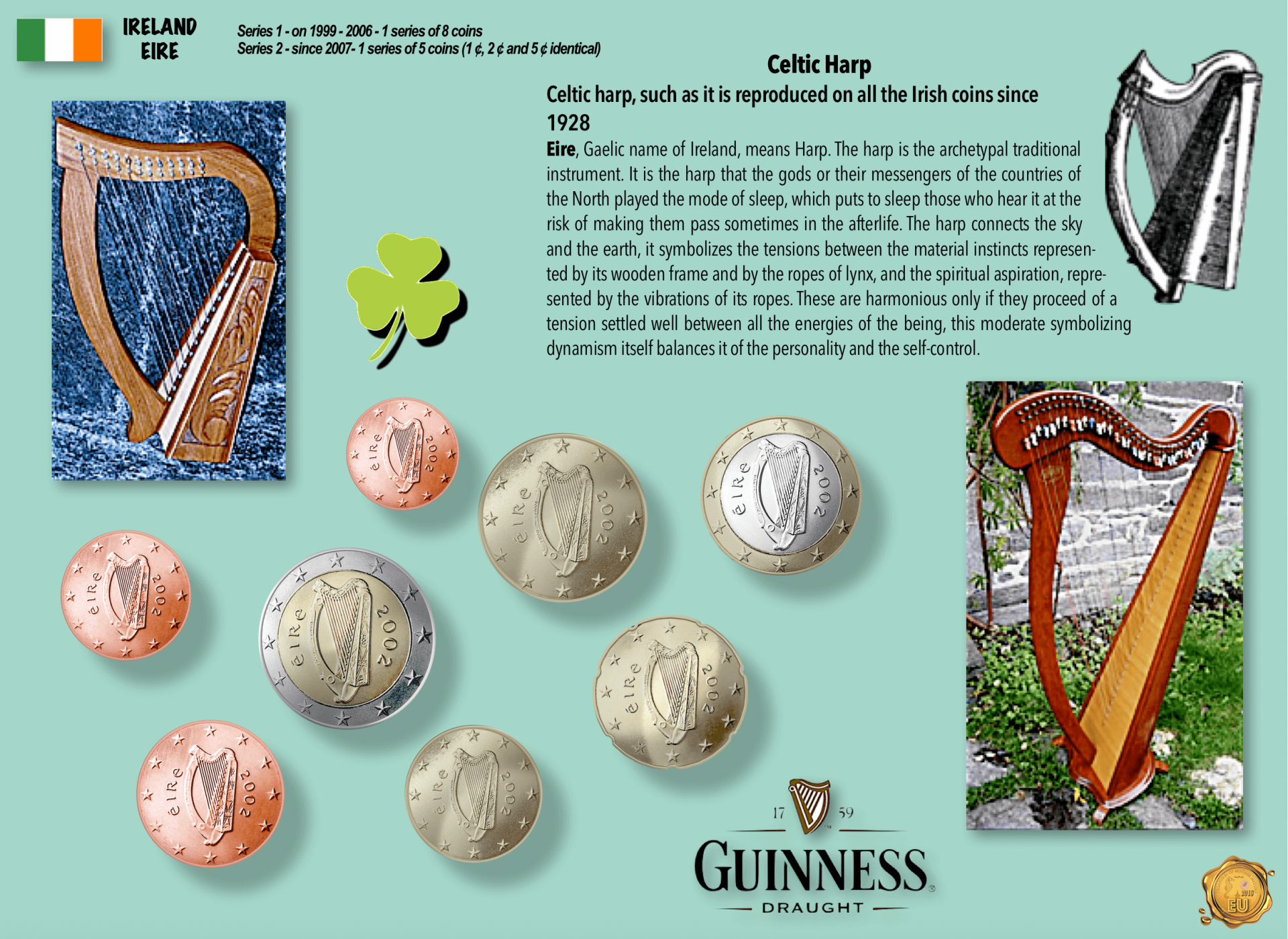 Carousel of the Irish coins

The 2 series of the Irish coins

The engravers have no signature on the Irish coins. No particular mark for the workshop of Dublin - Sandyford by the central Bank of Ireland, where are struck the coins. 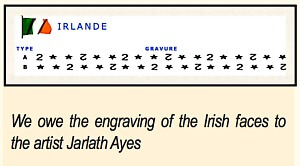 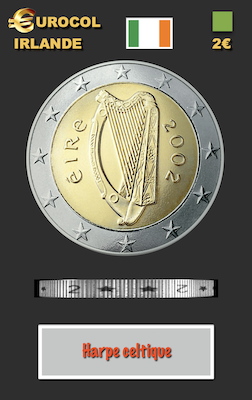 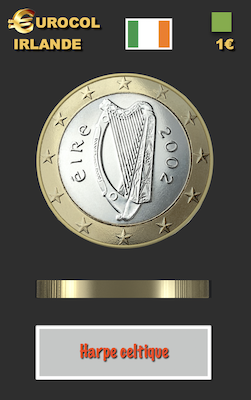 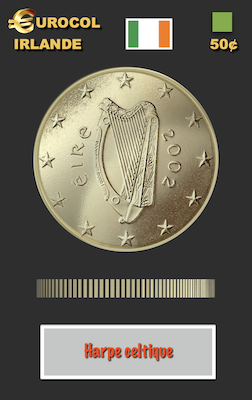 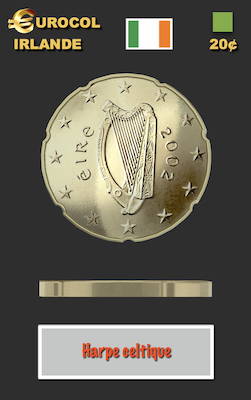 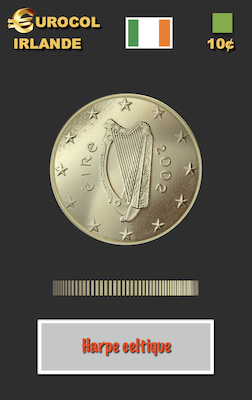 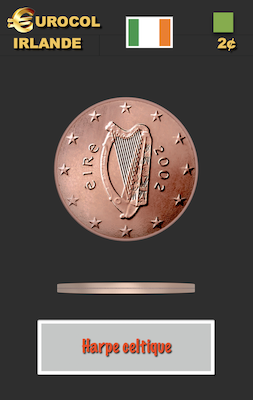 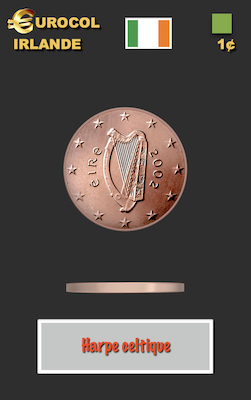 Ireland in a few figures

Coat of arms of Ireland 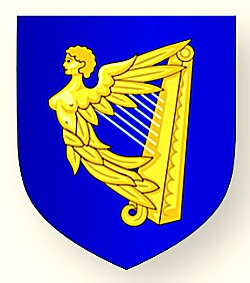 Ireland (in Irish Éire and in English Ireland) is a western european country, a member of the European Union since 1973. It is the republic which extends over 26 of 32 historic counties of the island of Ireland which it shares with the Ulster (Northern Ireland) (six remaining counties), stayed constituent part of the United Kingdom. The republic of Ireland claims its Celtic identity, so that, culturally, it usually represents the island of Ireland considered as one of the six " Celtic nations ". The Republic of Ireland (in Irish Poblacht na hÉireann and in English Republic of Ireland), is only a name of use and not its official name.

The official symbol of the country is the Celtic harp (who appears on the coins of euro), but the shamrock is often used as other symbol, in particular by the Irish team of rugby. 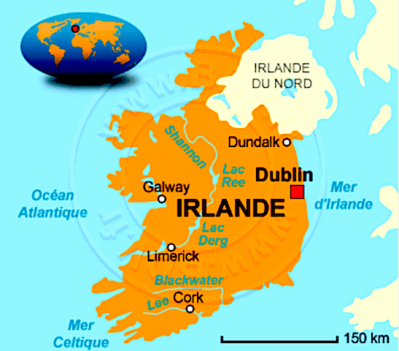 Follower of the fiscal competition, the deregulation and considered as a tax haven, the country knew a strong growth from the beginning of 1980s before undergoing the explosion of the real estate speculative bubble and being one furthermore touched by the financial crisis of 2007-2010. It became established in 32,4 % of the GDP (GROSS DOMESTIC PRODUCT) for an unemployment rate upper to 14 % of the population active7. The country since returned to growth and the GDP knew a 7,8 % growth in 2015, either the highest level of the Union européenne8, a figure since revised in 26,3 %, or the highest growth to the world.
"According to the constitution of 1937, the official name of the State is Éire in Irish and Ireland in English.

Since the law which established the Republic on April 18th, 1949, the country also has for name of current usage "Republic of Ireland", not recognized naming constitutionally. For example, the president is called a president of Ireland and not president of the Republic of Ireland. Besides, the French-speaking toponymical sources IGN (NATIONAL GEOGRAPHIC INSTITUTE), EU, ILO (INTERNATIONAL LABOR ORGANIZATION) indicate well that the long shape of the country is Ireland, what is confirmed by the French versions of the European treaties of which Ireland is a part.

The English naming Irish Republic ( Republic of Ireland ) is not used - it is the name of the republic self-proclaimed on January 21st, 1919. Between 1922 (exit of the United Kingdom) and on 1937, the State was called Free state of Ireland (Saorstát Éireann in Irish, Irish Free State in English).
Continuation Wikipedia