The coins of the Italian currency

The coins of Italy have quite different drawings, on the common theme of famous Italian works. Every coin was drawn by a different artist. On all the drawings represent twelve stars of the European Union.

Besides the year of emission, represent on coins initials "RI" for Repubblica Italiana ( Italian Republic).

Dante Alighieri, The Man de Vitruve, Marc Aurèle, Figurehead, The Birth of Venus, the Coliseum of Rome, The Mole Antonelliana and The Castel del Monte

Slice of the italian 2€ coin

The eight motives of the Italian coins 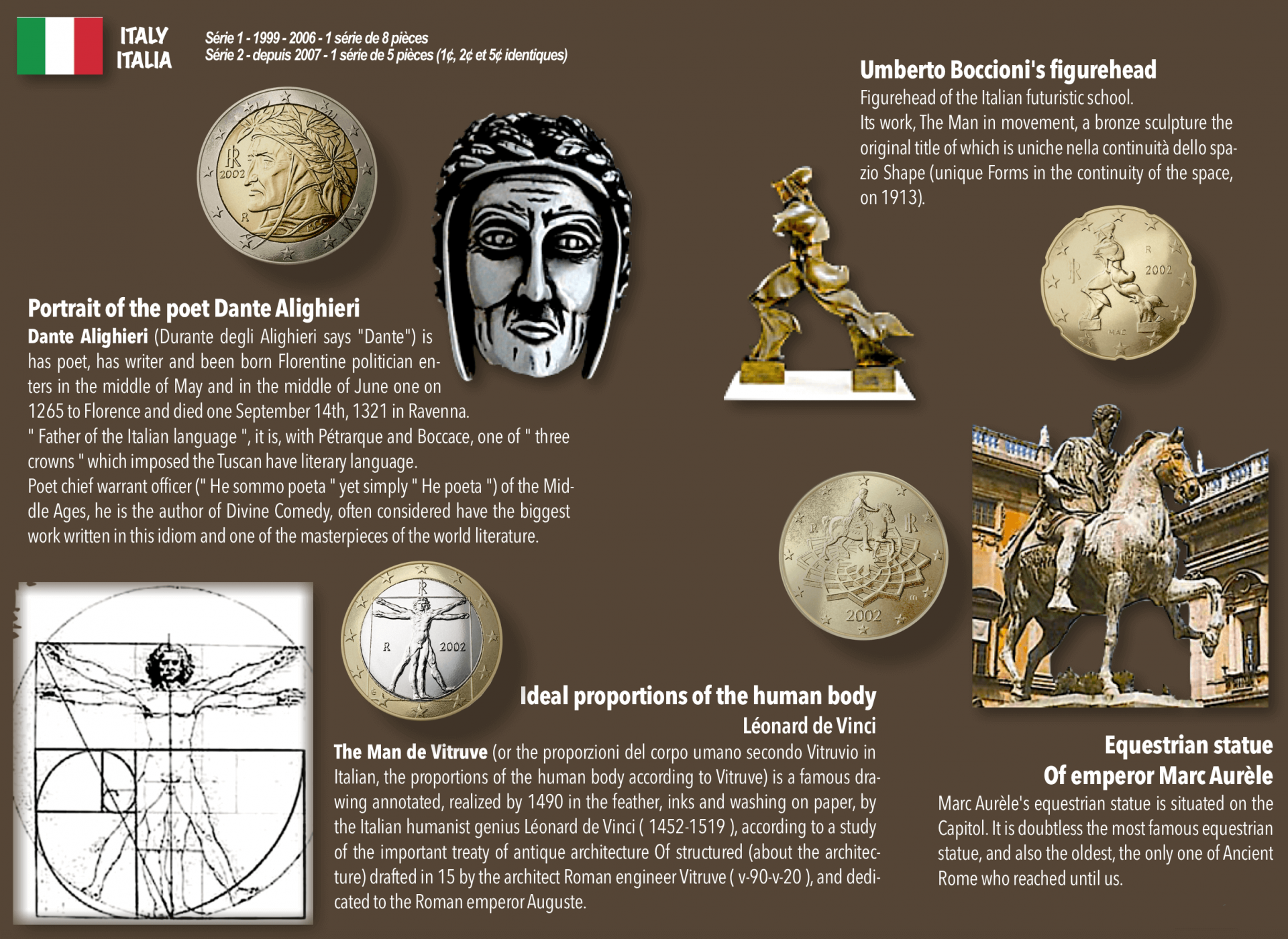 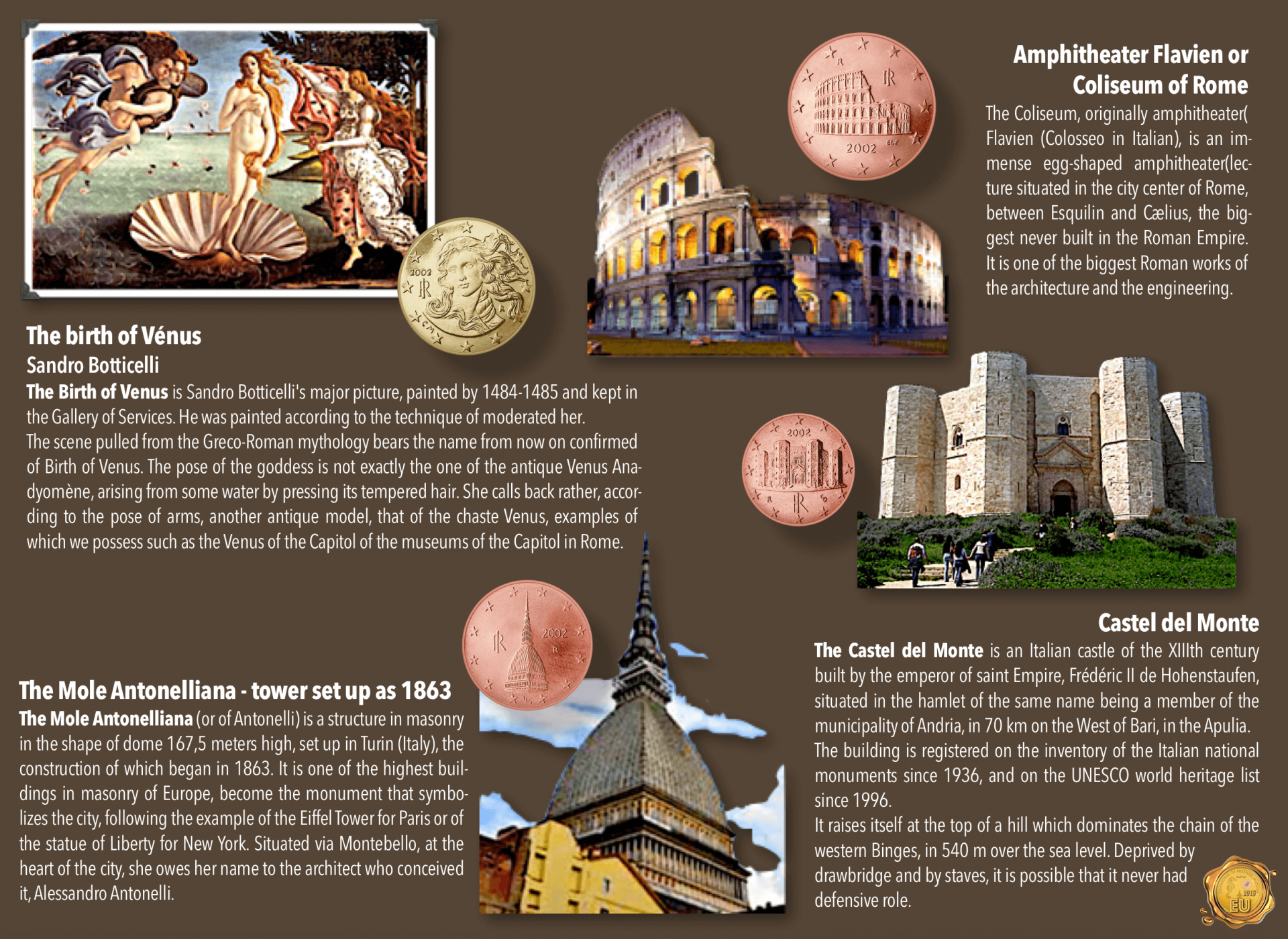 Carousel of the Italian coins

The 2 séries of italian coins 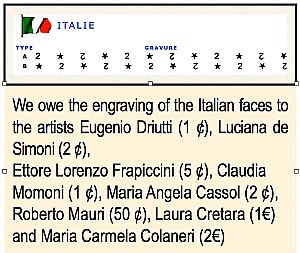 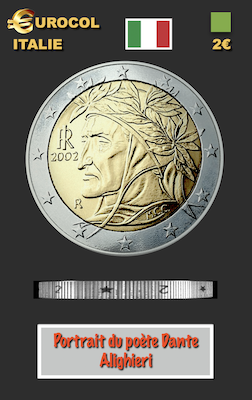 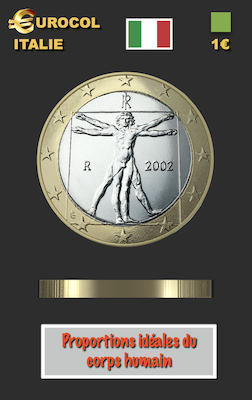 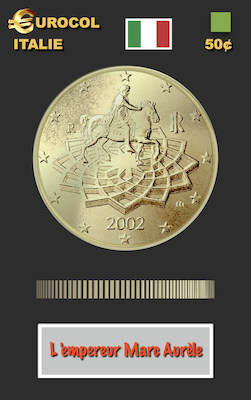 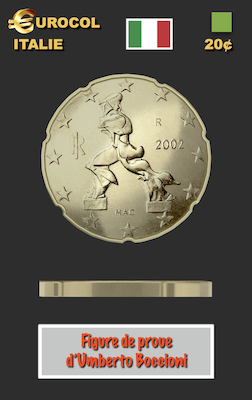 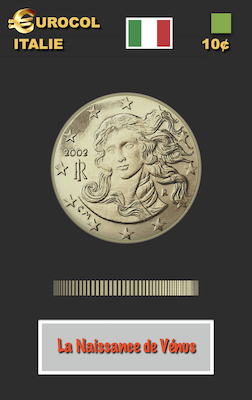 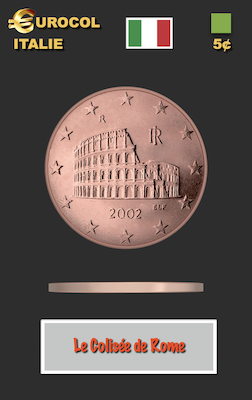 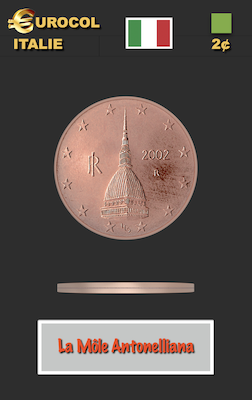 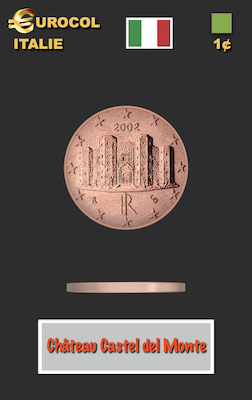 Italia in a few figures

Coat of arms of Italia 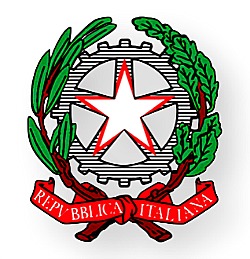 National anthem : The Song of Italians

Italy, in long shape the Italian Republic (in Italian Italia and Repubblica italiana), is a country of Southern Europe corresponding physically to a continental part, a peninsula situated in the center of the Mediterranean Sea and an island part constituted by two bigger islands of this sea, Sicily and Sardinia, and many of the other smaller islands (except Corsica, connected in France). She is connected with the rest of the continent by the massif of the Alps. The Italian territory corresponds approximately to the homonymous geographical region.

The contribution of Italy in the western civilization is immense: it is in particular the cradle of the Etruscan civilization, Big Greece, Roman Empire, the Holy See, the maritime republics, the humanism and the Renaissance. 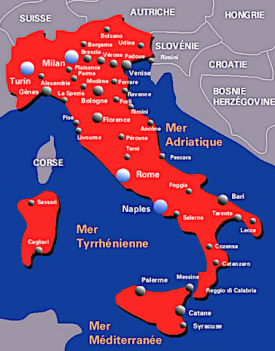 Existing as unitarian State since Risorgimento (the Renaissance or the Resurrection) led by the kingdom of Sardinia in 1861, Italy is a republic since the abolition by referendum of the Italian monarchy in 1946. She(it) is a member founder of the European Union and the Eurozone.

Italy is, at this beginning of xxie century, a leading player of the international, strong scene of his(her,its) sixty million inhabitants, its position of eighth world economic power and its role within numerous international organizations (European Union, North Atlantic Treaty Organization, G7, Organization for Economic Cooperation and Development).

The Italian Constitution dates 1947 and established the First Republic, " based on the work " (art. 1st). She dedicates the executive, legislative and judicial principle of the division of powers (respectively confided to the Government, to the Parliament and to the Justice) and bases a bicameral parliamentary system:

- A Chamber of deputies (Will Be on drugs dei deputati) of 630 members of parliament;

- A Senate (Senato della Repubblica) of 315 senators (as well as of former presidents of the Republic and 5 senators for life, in most, named by the Head of State).