The coins of the Lithuanian currency

Lithuania possesses a unique series  since 2015

The competition for the engraving was taken away by Antanas Zukauskas, engraver who had already become famous in the engraving of coins in LITAS.

Eight Lithuanian coins present quite the same drawing, with the exception of the background of stars: the knight Vytis, present on the coat of arms of Lithuania. The European stars which surround the drawing are put on vertical lines on the 1 and 2-coins, on the horizontal lines on the coins of 10, 20 and 50 ¢.

Vytis, knight of the Lithuanian history

Slice of the 2€ Lithuanian coin

The unique motive of the Lithuanian coins 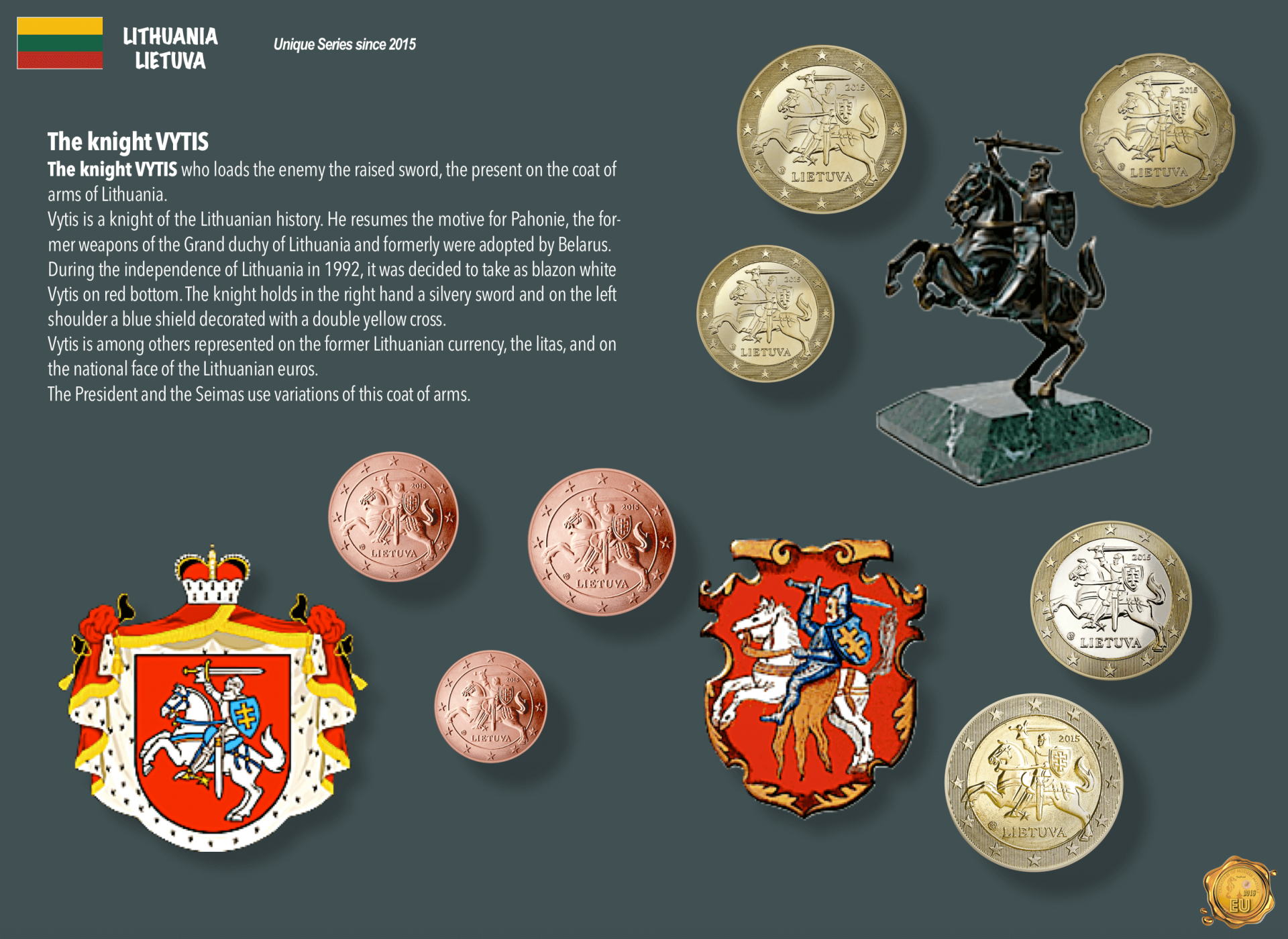 Carousel of the Lithuanian coins

Unique Series of the lithuanian since 2015

There is no workshop of Euro currency in Lithuania. Spain was chosen to Strike the Lithuanian euro coins in 2015. 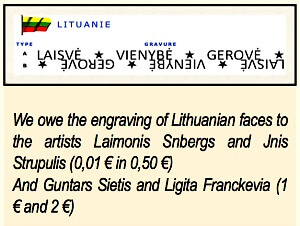 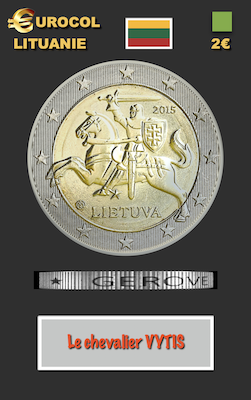 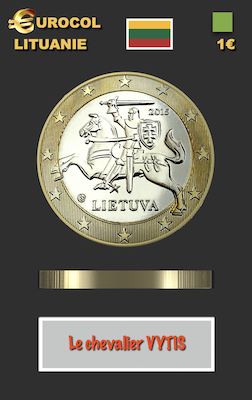 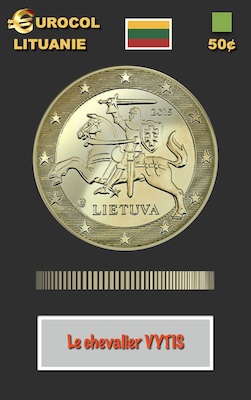 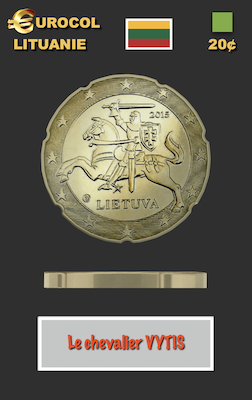 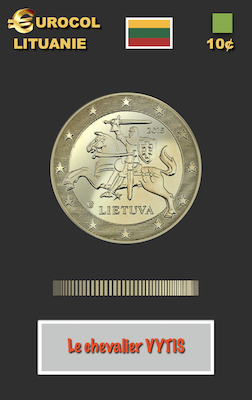 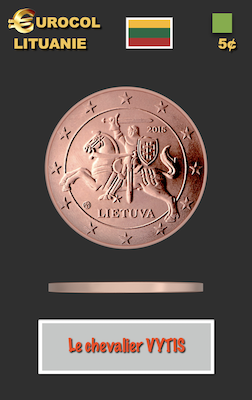 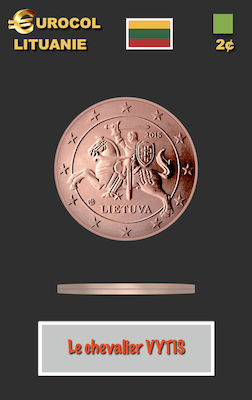 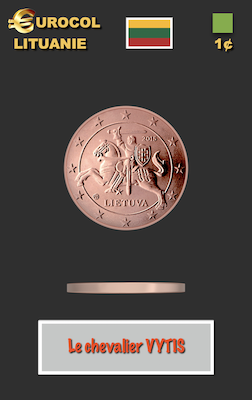 Lithuania in a few figures

Coat of arms of Lithuania 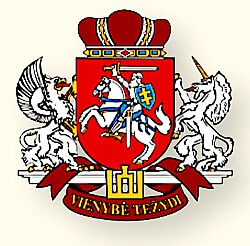 The Republic of Lithuania

Lithuania (in Lithuanian: Lietuva), in long form the Republic of Lithuania (Lietuvos Respublika), is a country of Northern Europe and a Member state of the European Union, situated on the oriental bank of the Baltic Sea, in the northeast of Poland, in the North of Belarus and in the South of Latvia. Lithuania counts a little less than three million inhabitants. His capital is Vilnius, its currency the euro, its official language the Lithuanian, the Indo-European language. Lithuania is the most Southern and the biggest three Baltic States. It is also the most populated and the most tourist. 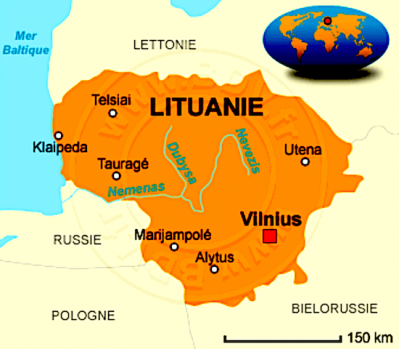 Since 2004 and its European Union accession (without inevitably of link of cause with effect), the economy of the country knew a strong growth during the 2000s (about 10 % a year): the unemployment fell thanks to the boom of the construction, real estate prices soared in arrow. But numerous young people left the country for Great Britain and Ireland. The sector of the textile(textile industry) developed well these last years for European marks(brands) top of the range. The entrance of the country to the Eurozone was looked for in particular to stabilize the financial institutions.

Before the release of the economic crisis of 2008, the growth was 8 % in 2007. In 2008, the crisis strikes hard the Baltic States, among which Lithuania, and difficulties met by Latvia, Estonia and Lithuania go as far as making be afraid of the bankruptcy of three States. The forecast of recession reaches(affects) 10 % in April, 2009. However, thanks to the crisis, the inflation strongly slowed down, and the authorities so hope to integrate(join) the Eurozone more quickly. The Baltic crisis is attributed(awarded) in particular to the behavior of the Swedish banks.
Continuation Wikipedia