The coins of the Maltese currency

Malta possesses one unique series since 2008

The euro coins of Malta have an official rate in the Eurozone since January 1st, 2008. The euro replaced the former national currency, the Maltese lira

The coins of Malta are struck in France to Pessac. In the star, below date, a letter 'F'.

The Coat of arms of Malta, the megalithic temple  of Mnajdra, and the emblem used by the sovereign Order of Malta

Slice of the 2€ maltese coin

The three motives of the Maltese coins 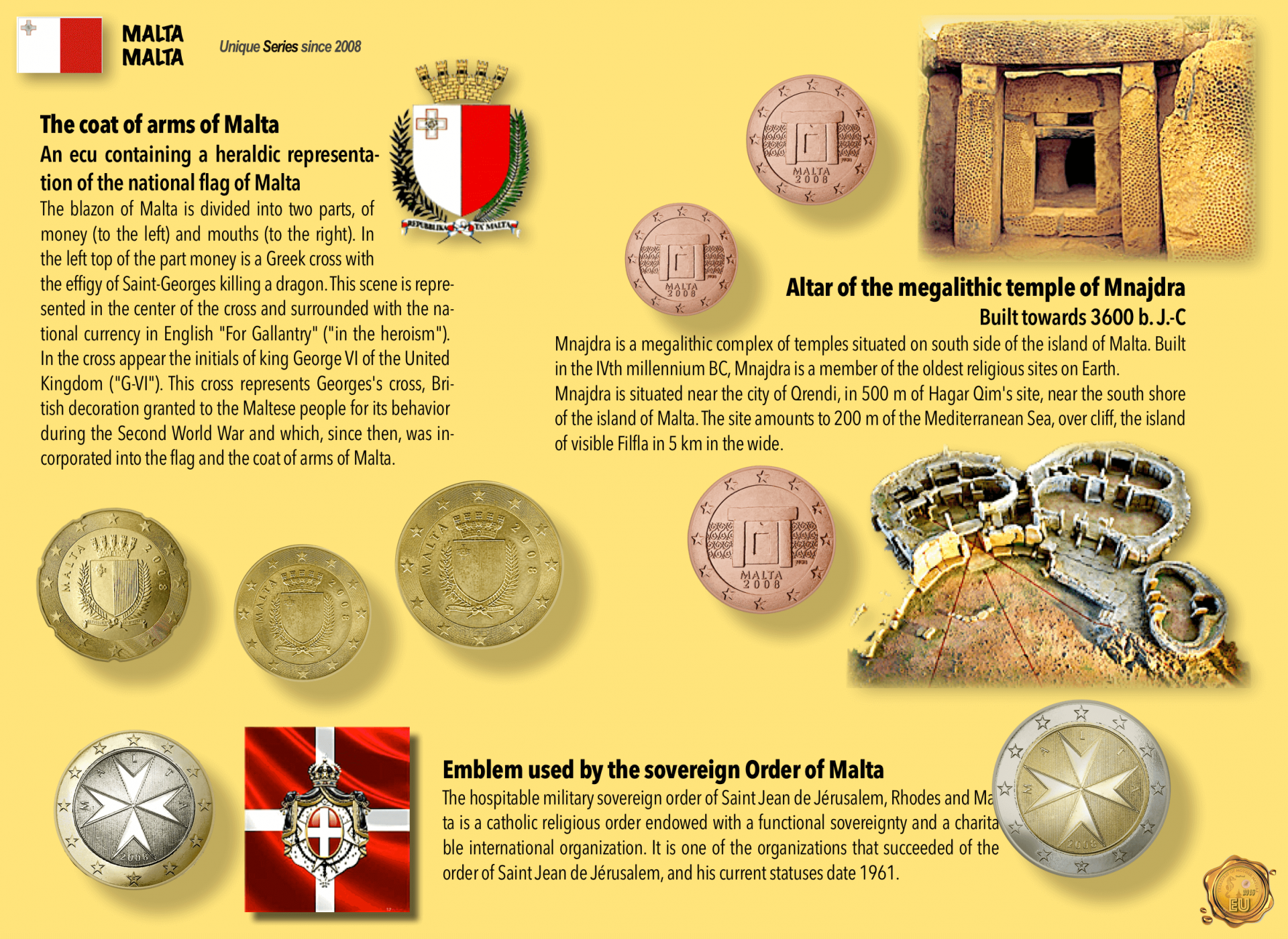 The unique series of the maltese coins since 2008 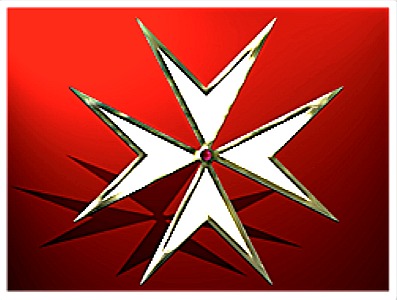 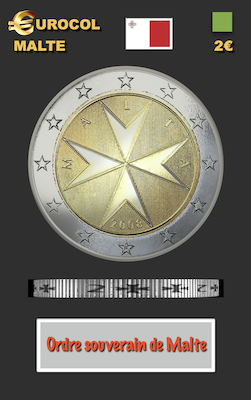 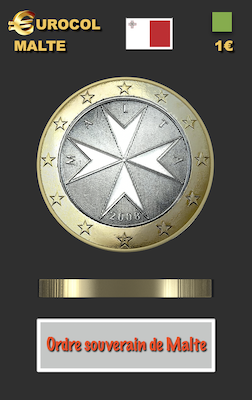 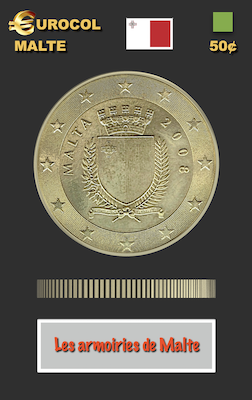 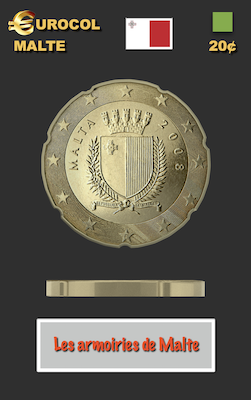 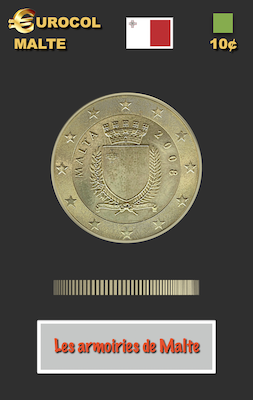 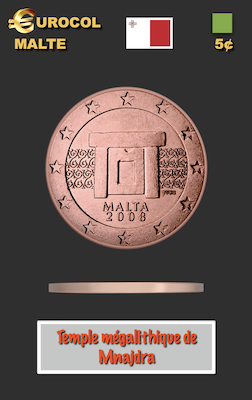 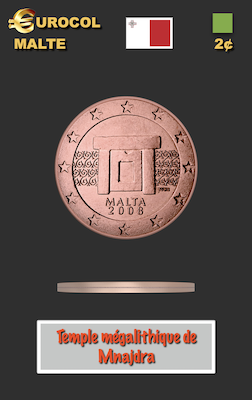 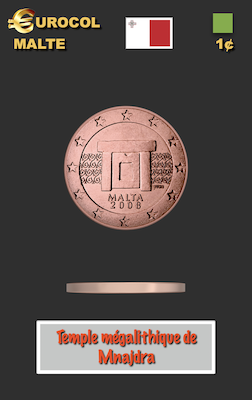 Malta in a few figures

Coat of arms of Malta 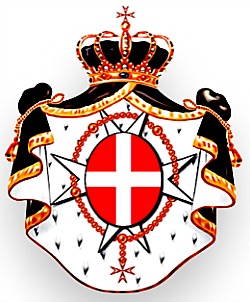 The Republic of Malta

Malta, in long shape the Republic of Malta, in Maltese Malted, in English Malted (Republic of Malted), is an island State of Europe, situated in the middle of the Mediterranean Sea. It consists of an archipelago of eight islands, among which four are inhabited, situated in 93 kilometers in the South of Sicily.

Its strategic location between the western Mediterranean Sea and the oriental Mediterranean Sea was worth to him the greeds and the activity of numerous powers during ages. It acquired its independence of the United Kingdom, and it for the first time its history, September 21st, 1964 and is a member of the European Union since May 1st, 2004, as well as the Eurozone since January 1st, 2008. 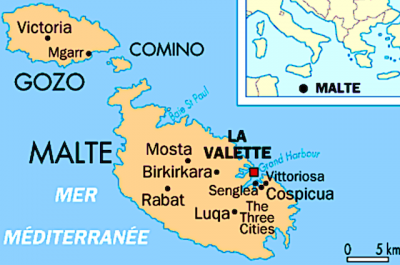 The Maltese territory is an archipelago situated between the oriental and western Mediterranean Sea in 88 km of the southwest banks of the Sicilian south extreme, in 297 km in the east-north-east of the short Kaboudia, in Tunisia, to 339 kilometers in the North-northeast of the suburbs of Tripoli, in Libya, and 574 km in the West-southwest of the island of Céphalonie, in Greece. His strategic location in the center of the Mediterranean Sea, on the border between the western Mediterranean Sea and the oriental Mediterranean Sea and between North Africa (Cap Bon) and the South of Europe was worth to him the greeds of numerous civilizations during ages. The drilling of the Suez Canal is going to put Malta on the line of steamers ("steamers") for the colonies of the Commonwealth. Having been a naval center of maintenance with vast construction sites, it is the Mediterranean relay for the international traffic of containers today.