Coins of the Dutch currency

The 2 series Beatrix : Besides the year of emission represents on coins the text BEATRIX, KONINGIN DER NEDERLANDEN - Béatrix, queen of the Netherlands.

The series Willem : Following the abdication of the queen April 30th, 2013, new series of coins in the effigy of king Willem-Alexander, was emitted from 2014.

Besides the effigy of king, we find the year of emission, the text " WILLEM-ALEXANDER, KONING DER NEDERLANDEN " there - Willem-Alexander, king of the Netherlands.

The Netherlands decided not to use any more the coins of one and two cents, from September 1st, 2004?.

The effigy of the King or the Queen of the Netherlands

Slice of the de 2€ dutch coin

The unique motive of the Dutch coins 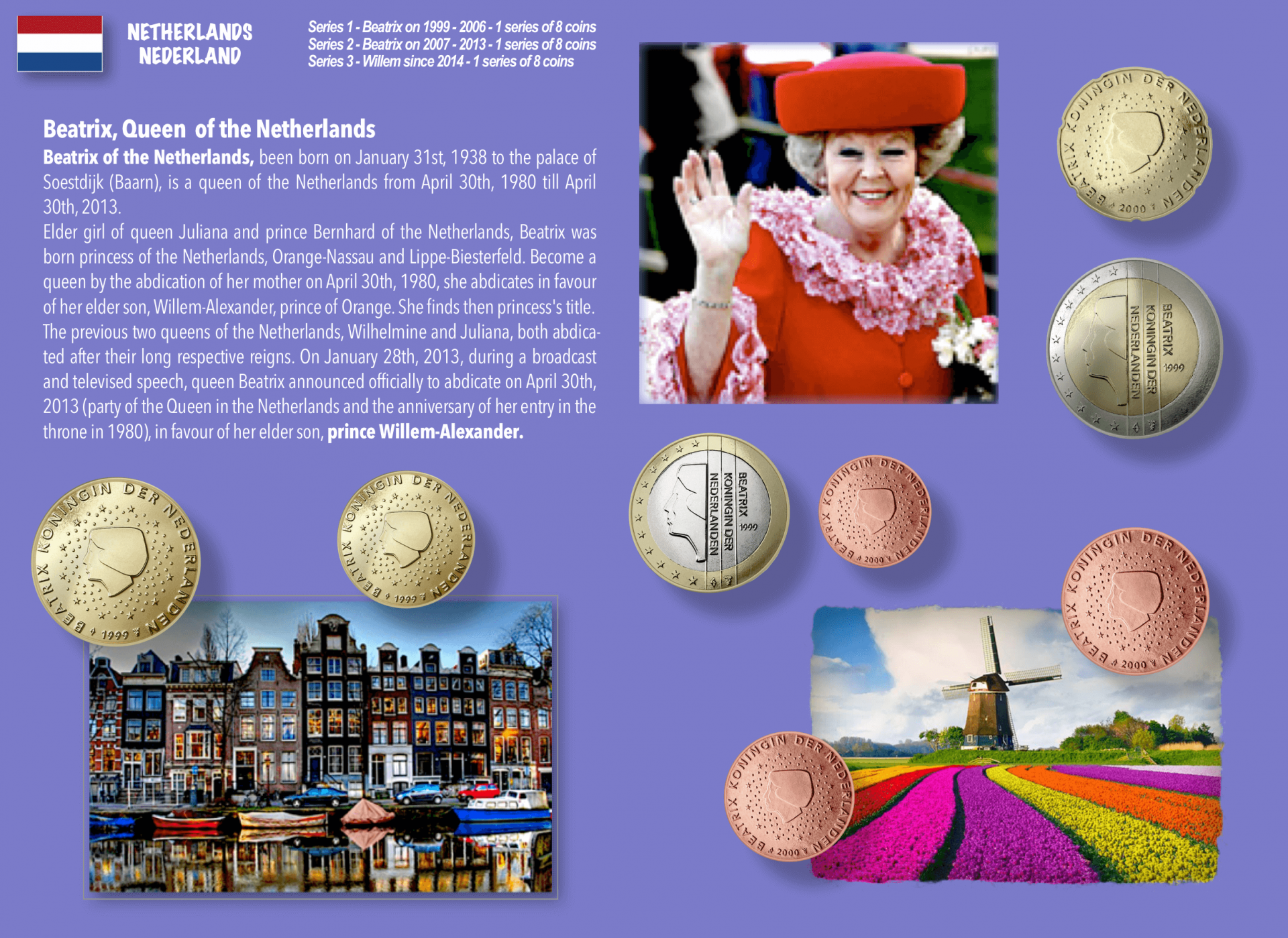 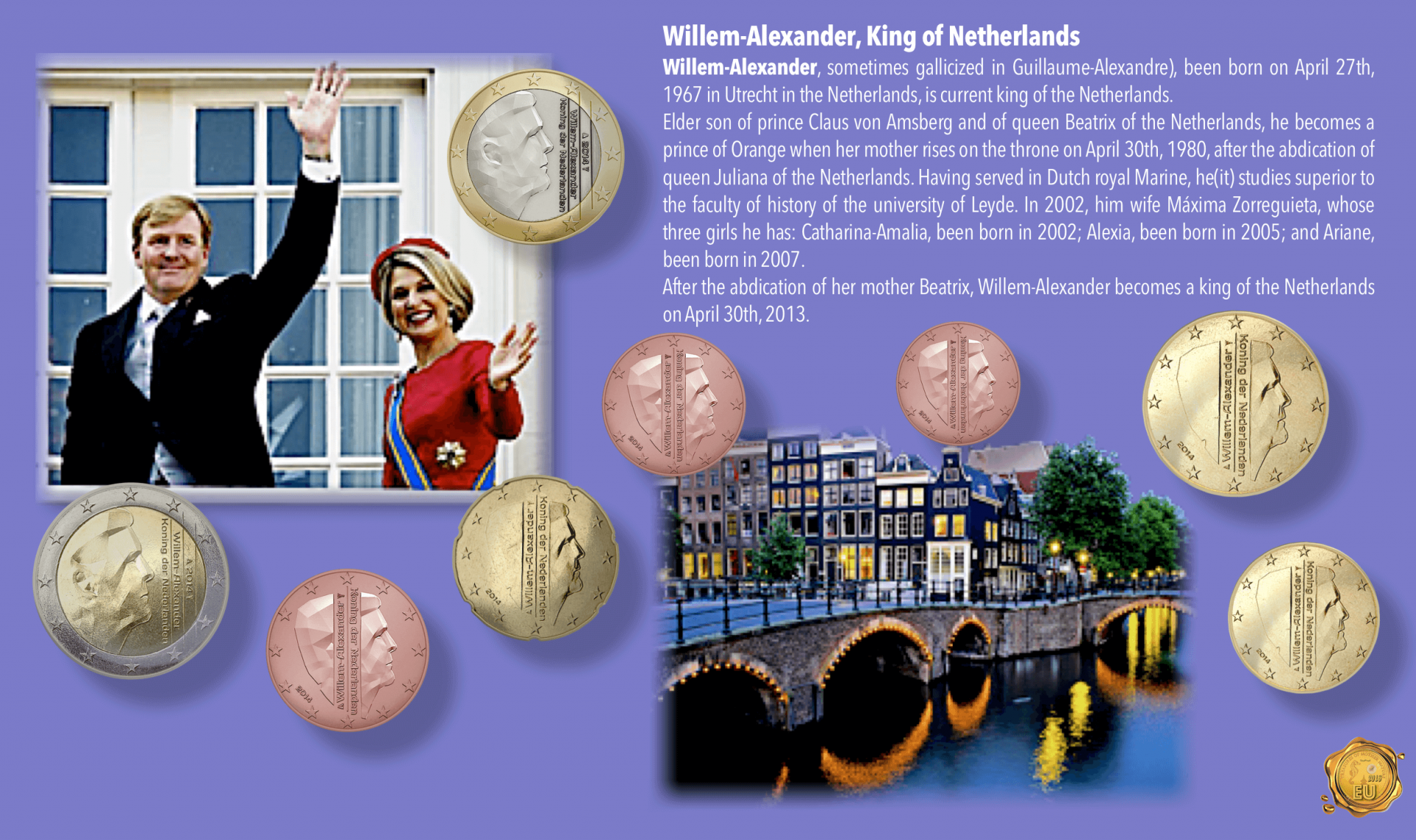 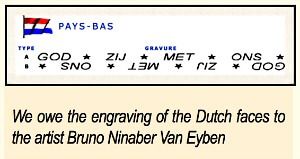 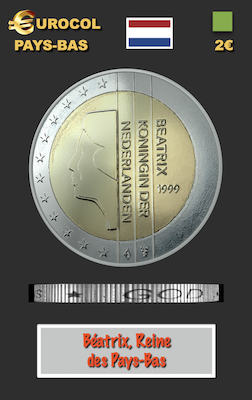 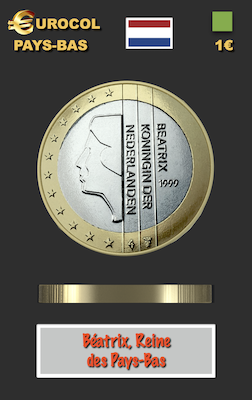 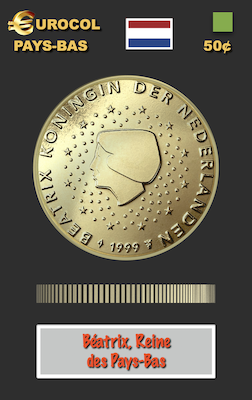 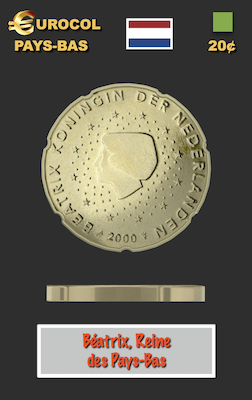 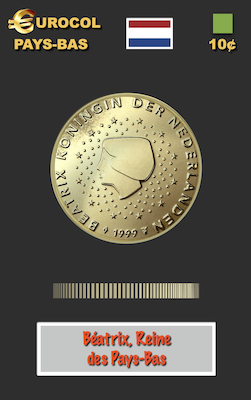 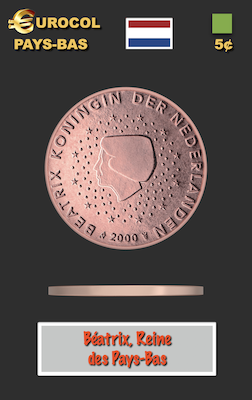 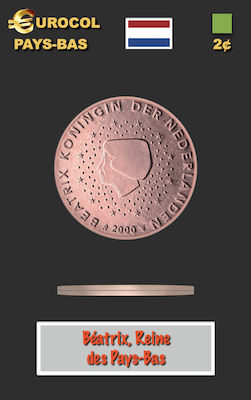 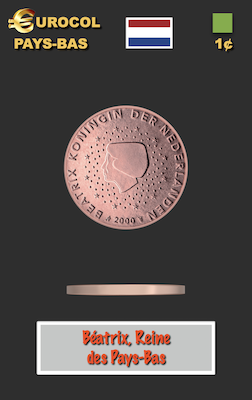 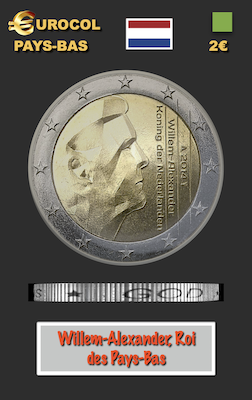 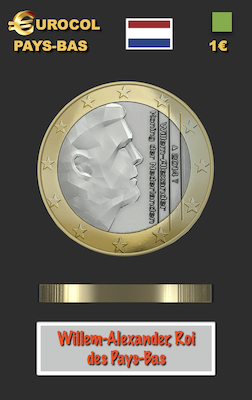 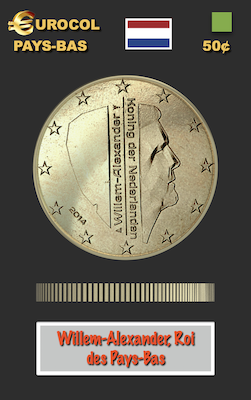 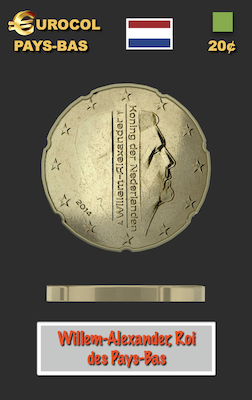 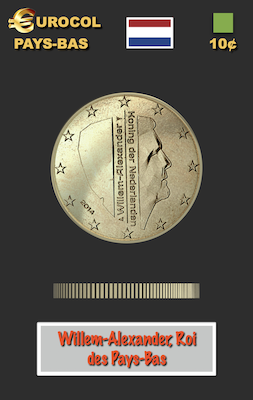 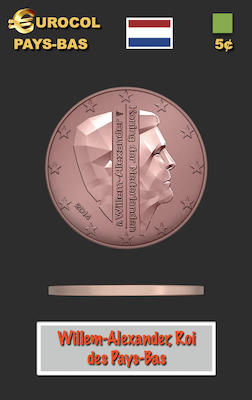 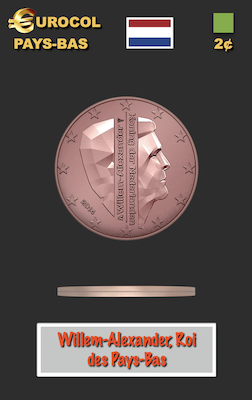 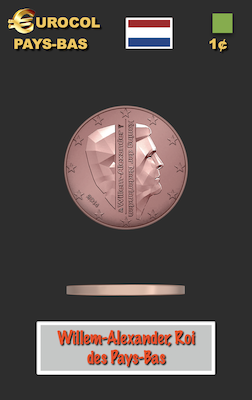 The Netherlands in a few figures

Coat of arms of the Netherlands 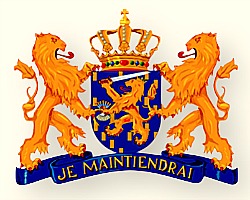 The Kingdom of the Netherlands

The Netherlands, in long shape the Kingdom of the Netherlands, in Dutch Nederland and Koninkrijk der Nederlanden, are a western european country, border with Belgium in the South and Germany in the East, also possessing a border with France on the Island of Saint-Martin. Constitutional monarchy which counts about seventeen million inhabitants, the capital of the Netherlands is Amsterdam, although the government and the Parliament are located in The Hague. Administered in twelve provinces and six overseas territories, the country possesses one of the most low average heights to the world. A quarter of the territory in Europe is situated under the sea level of the North, which bathes it on the West and in the North.
The country is one of the founder members of the European Union, the NATO and the OECD. 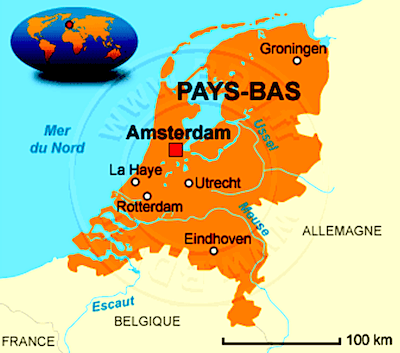 At the height of the duchy of Burgundy (at the end of the medieval period), the north part of the ducal possessions (in what is at present the Belgian and Dutch territory) was called "States of by - deçà" or "Netherlands" to distinguish them of the "States of beyond" (Burgundy itself and Franche-Comté). It is the origin of the term of the historic region of the Netherlands, the term that will be given over the centuries and in various forms, and in several countries on this territory.
The name of the country refers to its little raised height and consequently to its permanent fight against waters. However, for the naming "Holland", the meaning of the name is hollow country. A current synecdoche (sometimes practised by the Dutch people themselves) indicates the Netherlands of the name of Holland, as well as the Dutch people by the Dutch people (and even sometimes the Dutch language by the Dutch). Holland strictly speaking is only one of the regions of the Netherlands divided into two provinces (Northern Holland and Holland-Southern), sheltering the big cities of the country (Amsterdam, The Hague, Rotterdam) 18, and the Dutch a category of dialects spoken in these provinces.
The construction of the Plan Delta, system of protection of lands against the sea, one of the seven wonders of modern world, is finished in 1997, after 47 years of works.
Continuation Wikipedia