The coins of the San Marino currency

Because of their small edition and because of their sale by subscription to the collectors, none of these rooms really circulates. On the market numismatics they are the object of a wild speculation.

In 2001, a monetary convention between Italy and San Marino passed: the Republic of San Marino is authorized to emit rooms intended for the traffic and the collector's items denominated in euros.

Monuments and symbols of the republic

Slice of the 2€ San Marino coin

The three motives of the San Marino coins 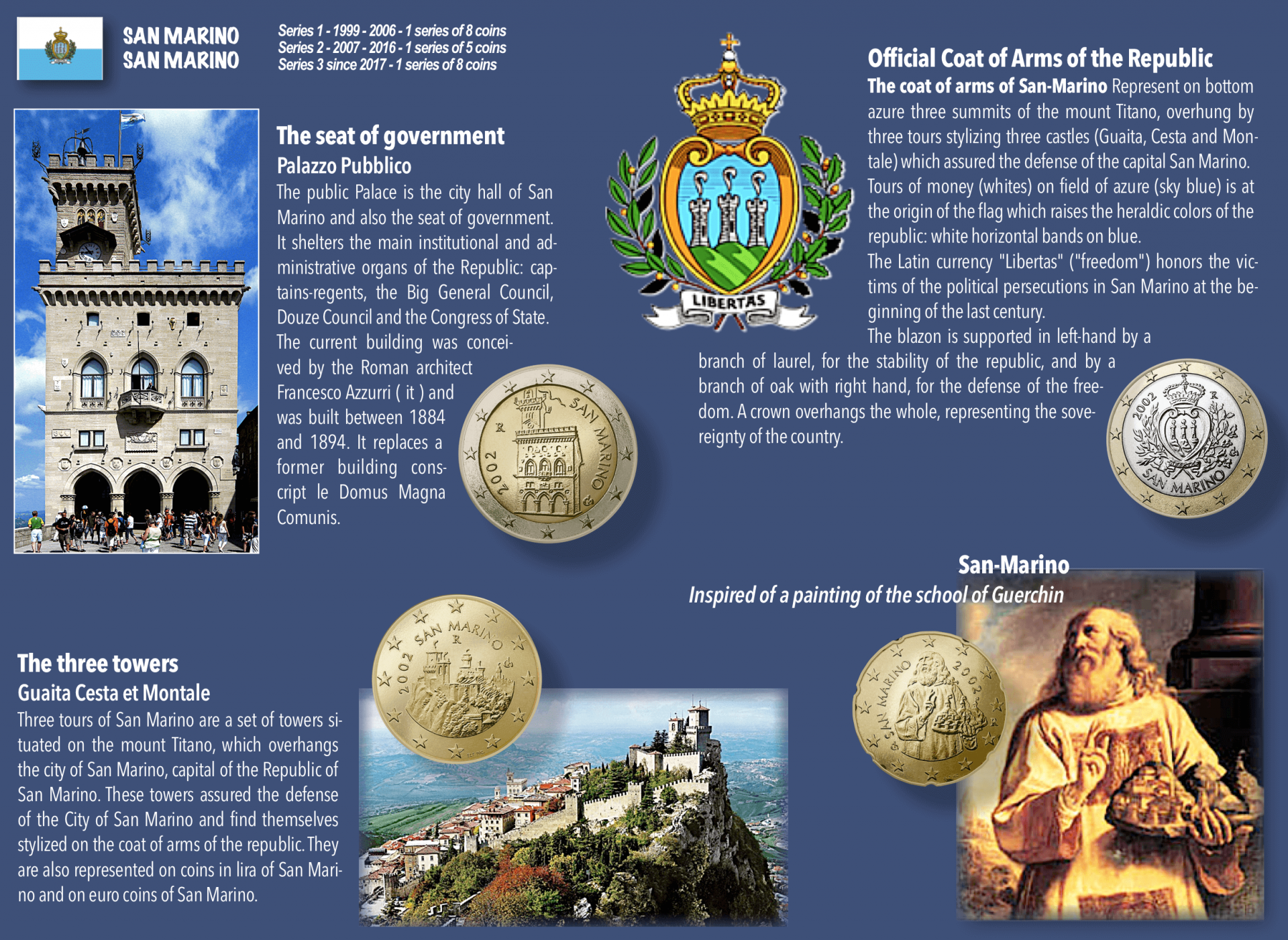 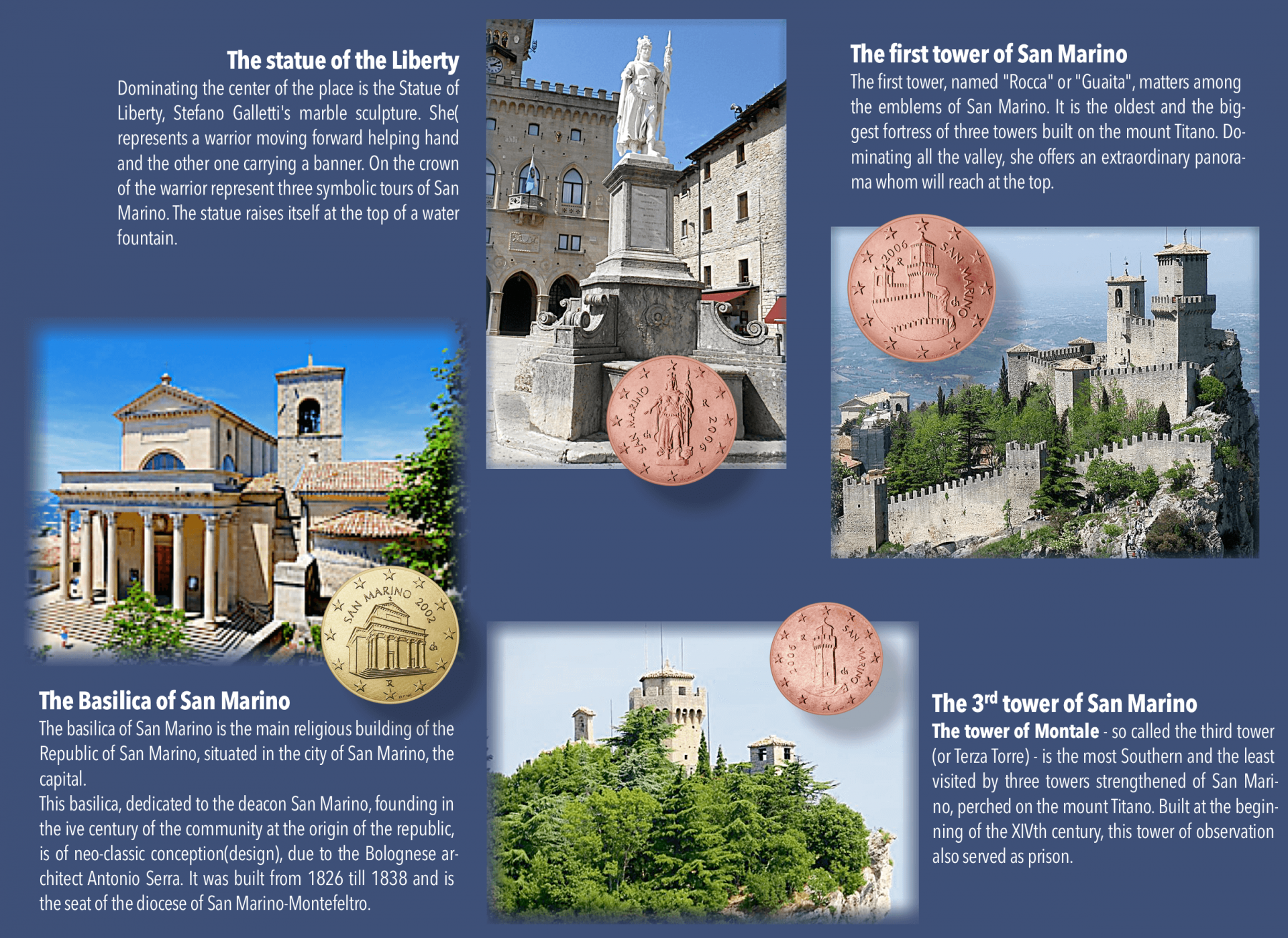 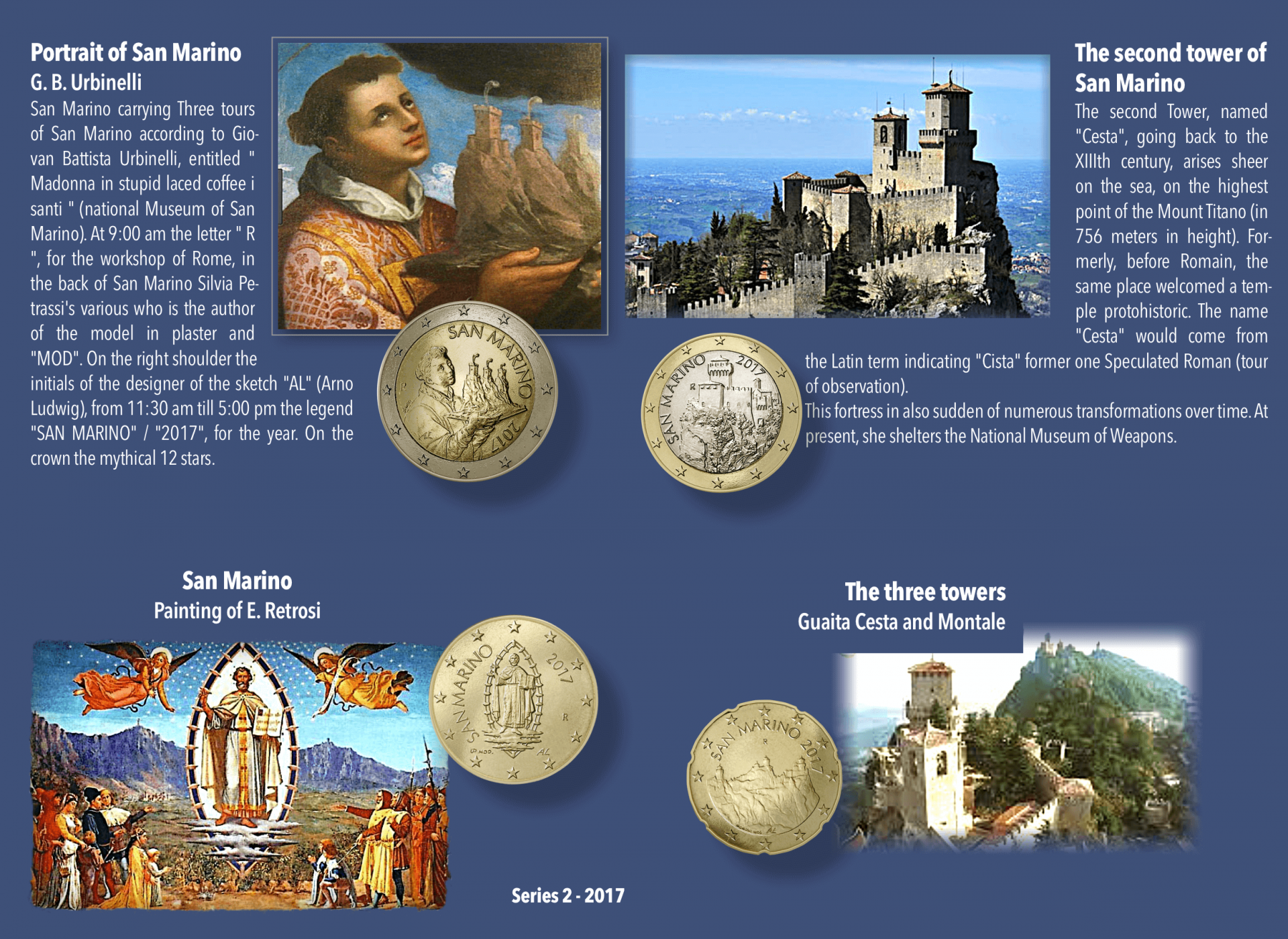 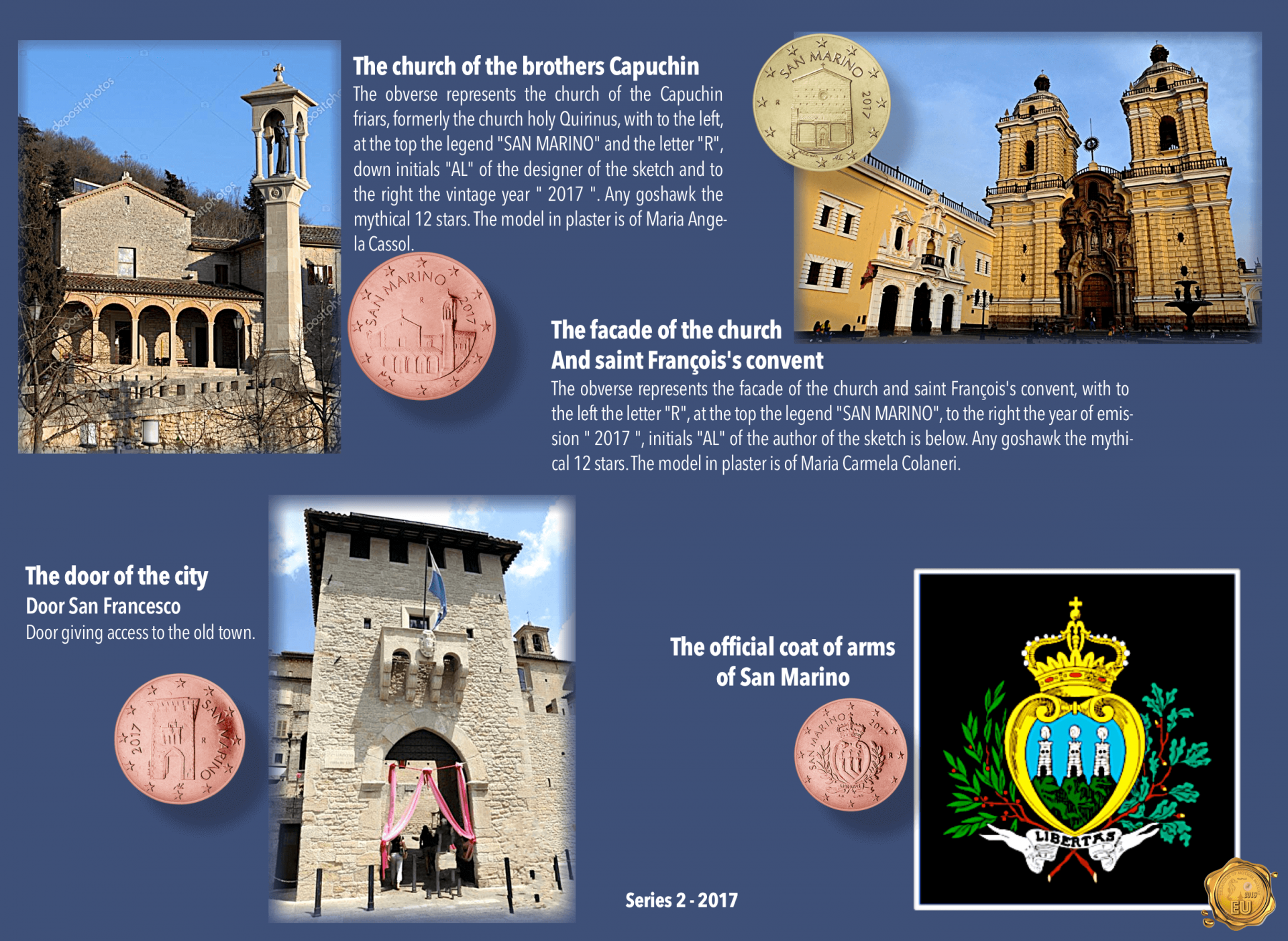 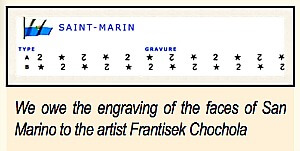 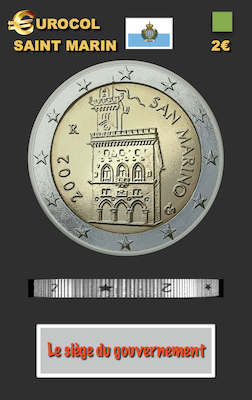 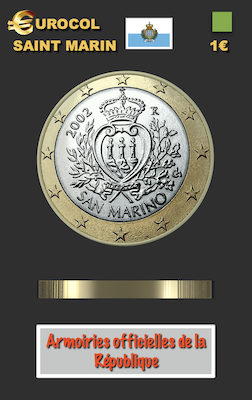 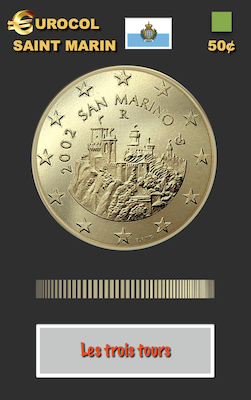 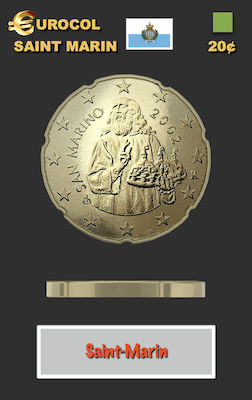 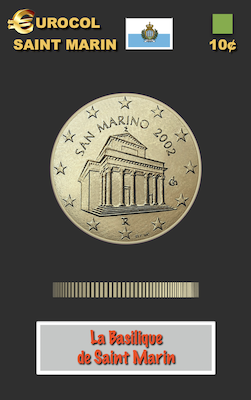 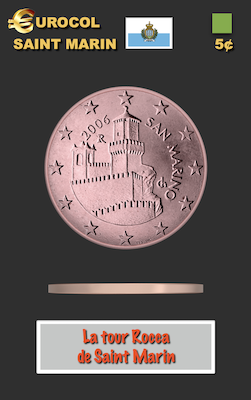 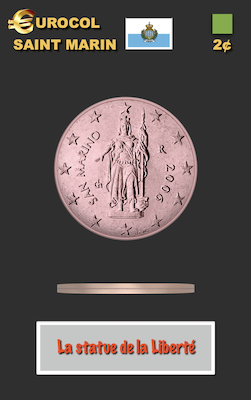 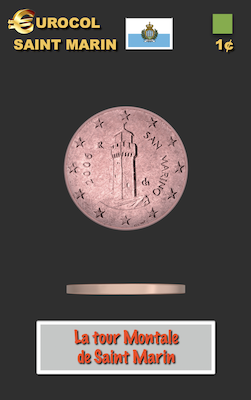 Carousel of the San Marino coins 2017 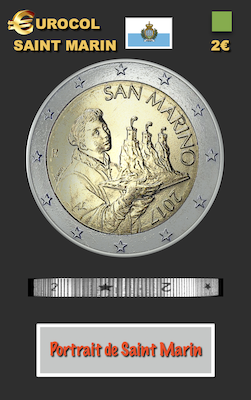 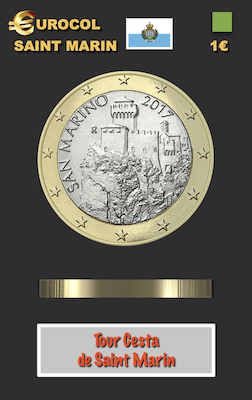 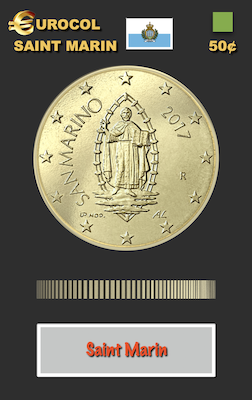 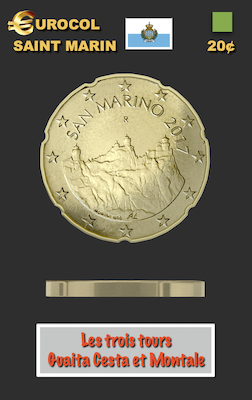 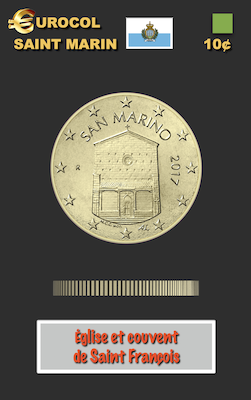 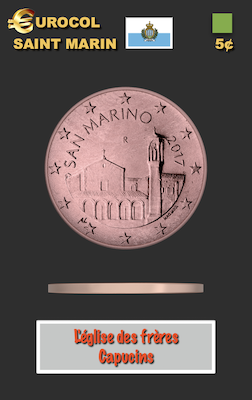 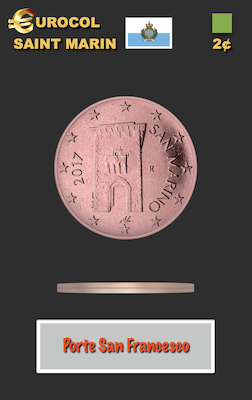 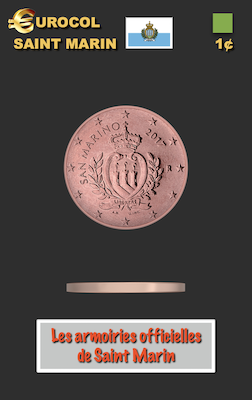 San Marino in a few figures

Coat of arms of San Marino 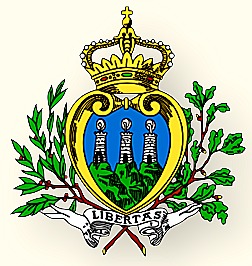 San Marino, in long shape Venetian Republic of San Marino or Republic of San Marino, in Italian San Marino and Serenissima Repubblica di San Marino and Repubblica di San Marino, is the third smallest State of Europe, after Vatican and Monaco, and the fifth to the world, after these two same States, Nauru and Tuvalu. It is also the dean of republics. It is considered as a micro-state.
Enclosed inside Italy between the Emilia-Romagna and the Marche, the country counted in February, 2015, 32 793 inhabitants, among whom 5 042 étrangers. There is 12 973 Saint marinated living abroad. The Republic is an integral part of the historic region of Montefeltro.
San Marino is a member of numerous international organizations, among which the United Nations Organization, the UNESCO, the Council of Europe, the International Monetary Fund, the World Health Organization or the International Criminal Court. The Republic also maintains official relations with the European Union and participates in the works of OSCE. 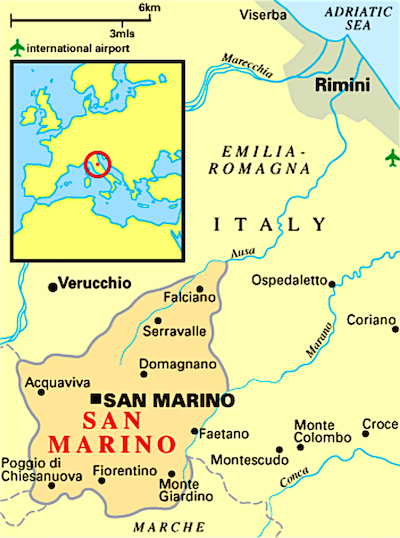 On October 20th, 2013, a referendum took place, with as result 50,28 % (that is 6 733 votes) in favour of the opening of a procedure of membership of San Marino to the EU; however the quorum was not reached to validate this vote.

According to the local legend, at about the year 300 modest one named stone-cutter Marinus would have left his native island of Arborea in Dalmatia to settle down in the city of Rimini as mason. Even before the big wave of persecutions against the Christians thrown by emperor Diocletian in 303 did not begin, pickets Marinus fled and took refuge on the mount Titanositué nearby. A growing up number of persecuted came to join him and so established on Titano a Christian community. The official born date of this community is formally fixed today on September 3rd 301.

In 313 following the edict of tolerance of Constantin and the end of the persecutions, Marinus was ordered deacon by the bishop of Rimini. A Roman patrician converted to the Christianity of Donna Felicissima's name besides donated him the mount Titano, the property of which she held up to there.
The definitive establishment of the community of San Marino is symbolized by the death of his founder in the autumn of the year 366, and especially by its last words: "Relinquo your liberos ab utroque homine." ("I leave you free of other men").
Continuation Wikipedia