Coins of the Slovak currency

Slovakia possesses one unique series  since 2009

Double cross and three hills, the Castel of Bratislava and the mount Krivá?

Slice of the 2€ slovak coin

The three motives of the Slovak coins 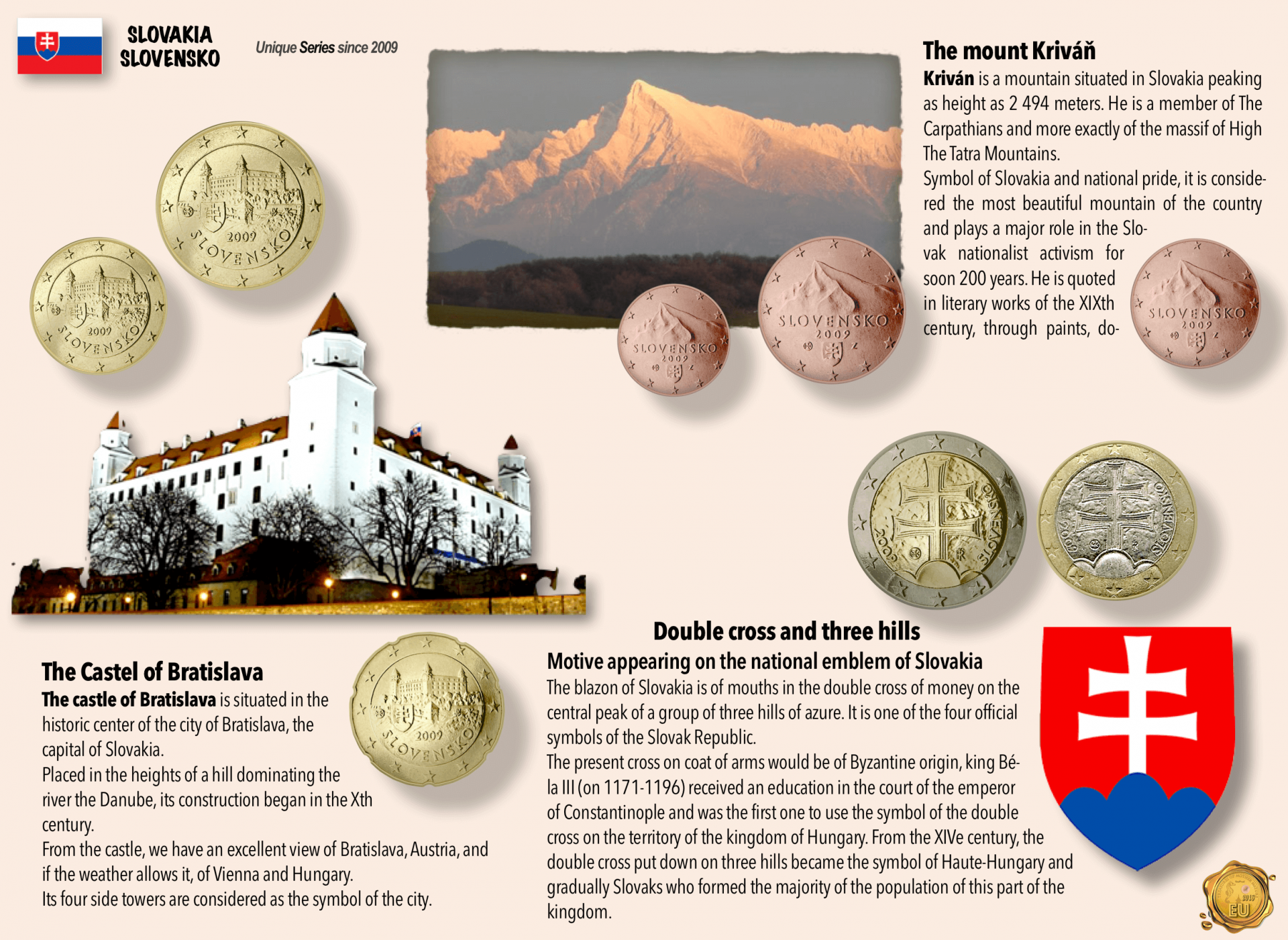 Carousel of the Slovak coins

The unique series since 2009 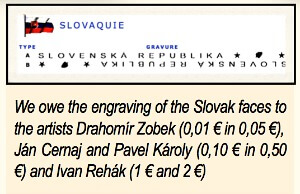 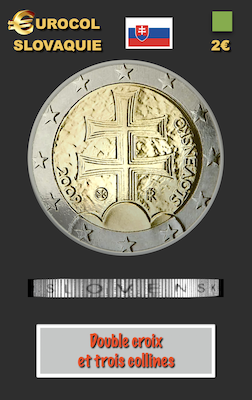 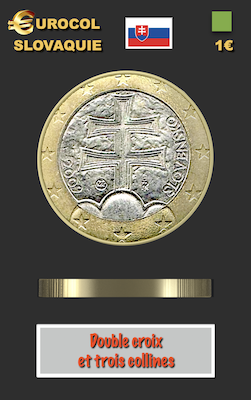 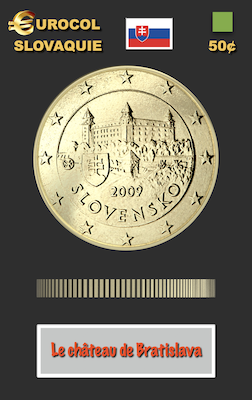 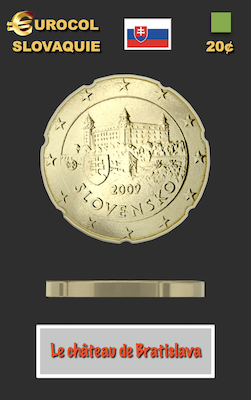 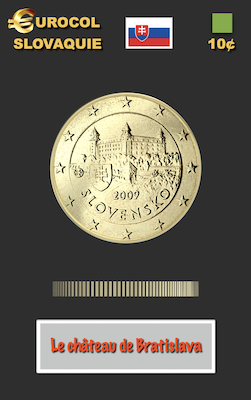 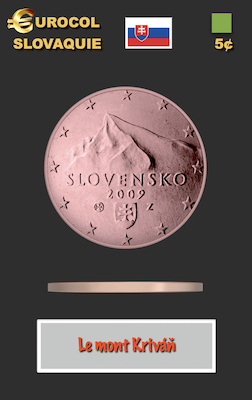 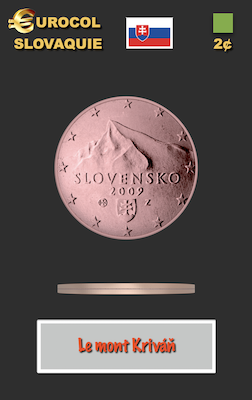 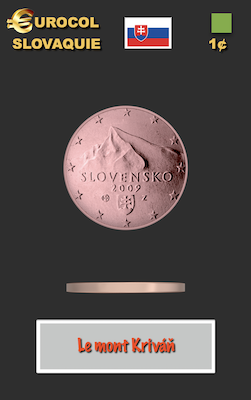 Slovakia in a few figures

Coat of arms of Slovakia 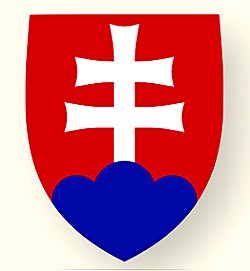 National anthem : Above mounts The Tatra Mountains shines the flash of lightning

Slovakia, in long shape the Slovak Republic, in Slovak Slovensko and Slovenská republika, is a country situated in Central Europe, at the heart of continental Europe and east of the European Union, of which it is a member since 2004. Its border countries are Poland in the North, Ukraine in the East, Hungary in the South, Austria in the southwest and the Czech Republic in the northwest. From October 28th, 1918 till March 21st, 1939, then from April 4th, 1945 till December 31st, 1992, it was a member of the Czechoslovakia. 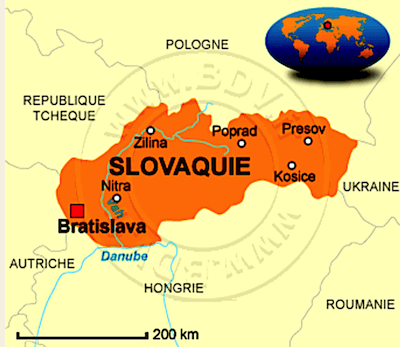 The country becomes again independent on January 1st, 1993, three years after the "Velvet revolution" of 1989 which ended the communist regime imposed by the " blow of Prague " of February, 1948, the federalism advocated by the "Prague Spring" of 1968 having been interrupted brutally in August of this year by Soviet Union and its allies. Since the independence, the country pursued a policy of integration of the country in the international institutions;

Slovakia is a member of numerous international organizations, such as the UNO, NATO, the WTO (WORLD TRADE ORGANIZATION), the OECD or still the V4, and been a part of the Eurozone.
Continuation Wikipedia