The coins presented here are before any commemorative coins - thus coins of 2 €.

Some are emitted by all the Member countries - as common emission.

Others were gathered in a particular series by certain Member countries.

Five Volumes of the particular series

The series of particular coins (Spain, Luxembourg, Baltics states & Latvia and Malta) are tidied up in the Tomes IIIa, IIIb and IIIc of the commemorative coins depending on their broadcast.

Two series are them, tidied up in 2 different albums:

- The Tome IV keeps all the coins in common emission.

The Tomes IV and V 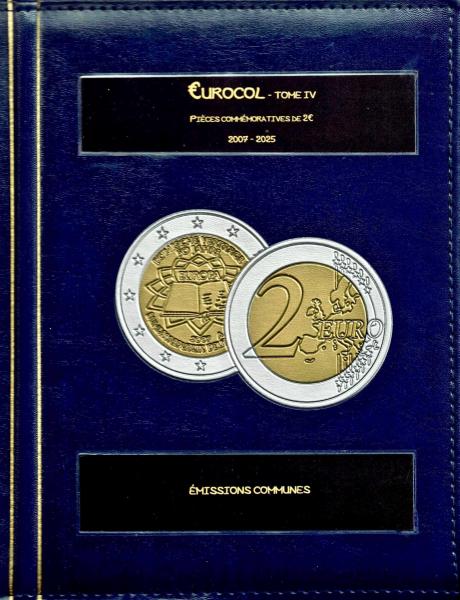 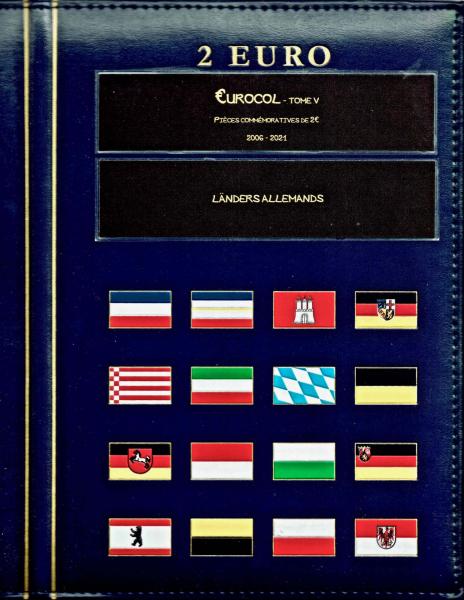