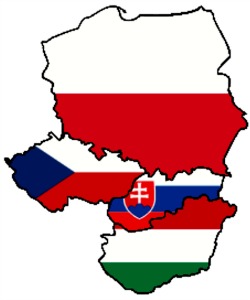 The group of Visegrád

The group of Visegrád finds its origin in autumn, 1335, when kings of Bohemia, Poland and Hungary met in the Hungarian city of Visegrád.

The group of Visegrád (also conscript Visegrád 4 or V4 or triangle of Visegrád) is an informal group gathering four countries of Central Europe: Hungary, Poland, Czech Republic and Slovakia ". The population of these countries amounts to more than 60 million inhabitants. These four Countries are a part of the European Union, and Slovakia is a member of the Eurozone. They are all stemming from the démentèlement of the former east block.

This group is interesting by the political strength which it was able to exercise for its entrance to the EU and NATO, while, only, each of these Countries would not have been able to reach there. Modern V4 started during a summit of the heads of state or the government of Czechoslovakia, Hungary and Poland in the city of Visegrád on February 15th, 1991, to set up cooperations between these three States, to accelerate the process of European integration. From there comes the first name of the group, "triangle of Visegrád"; These three States were going to become four with the partition of Czechoslovakia on January 1st, 1993, but the term of "triangle" is still sometimes used. V4 contains a political design of the Central Europe. Indeed, he facilitated their integration to the NATO and the European Union. After the Soviet implosion, these four countries had little otherwise no influence in the European sphere. Thus, their mutual consolidation allowed to prove in Europe their capacity to cooperate as States of the former east block.

The group of Visegrád, in spite of the bad interpretations, is not at all an organization having for objective the competition to the European Union. This supranational organization had the merit to allow his members to adhere as a result of the NATO and the EU.

During the migratory crisis in Europe, in 2015-2016, the group of Visegrád meets repeatedly. He then lets know his firm opposition to migrants' welcome in their countries, rejecting in particular the idea of the European institutions of a system of compulsory distribution of the migrants.

The numismatists appreciated the initiative of Slovakia which realized in 2011 a coin of two euro commemorative on the occasion of 20 years of the formation of the group on February 15th, 1991. 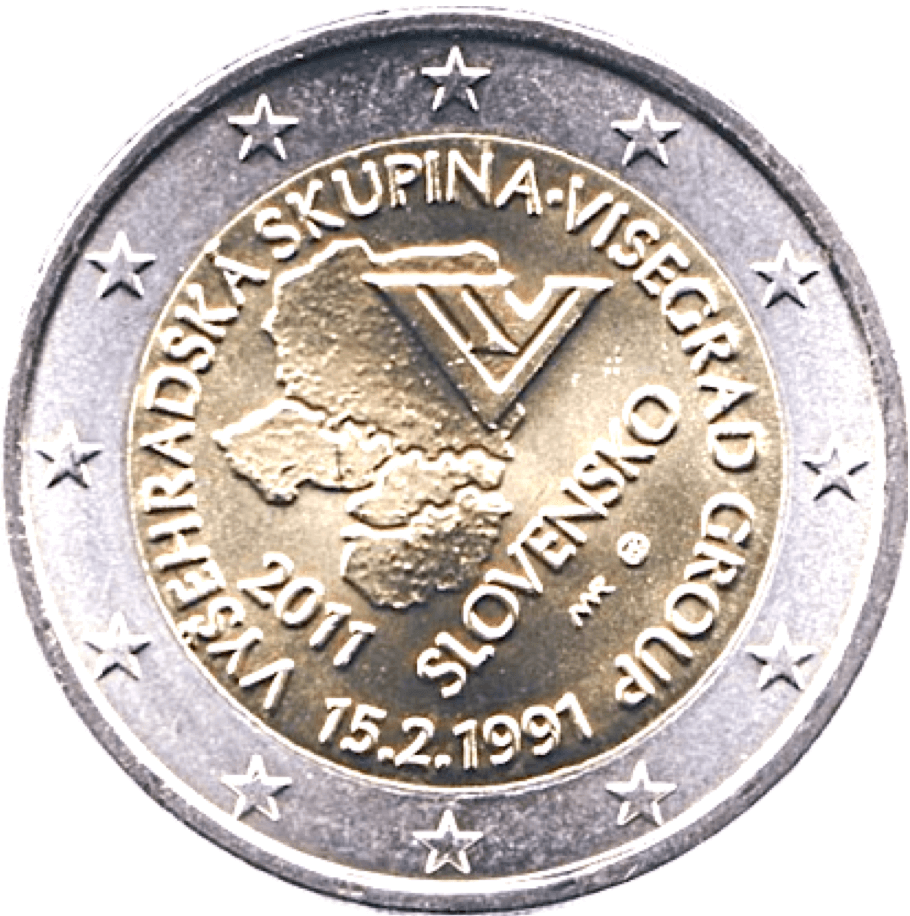