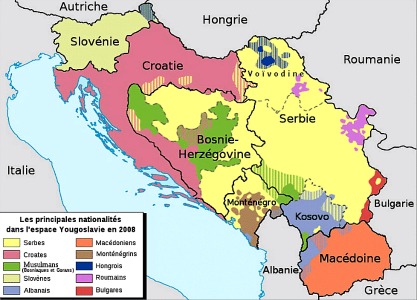 The a little bit long and complex history of Yugoslavia is very well detailed here.

Let us retain this: the socialist federative Republic of Yugoslavia (which was proclaimed in 1963) was a Federal state compound of six republics:

Two Countries only are members of the EU - Croatia and Slovenia (which is also a member of the Eurozone).

What future for all these Countries?