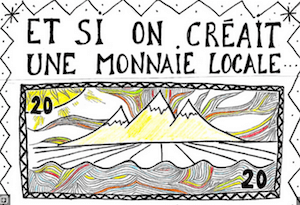 And if we created a local currency?

To speak about local currency, it is to join a particular economic speech.

A local currency is, in economics, a not steady currency - but tolerated by a national government (which is not inevitably legal tender), and fate to be exchanged only in a restricted zone. The currencies of this type are also called complementary currencies because they do not have authority to substitute themselves for the official currency, the euro for example, but to circulate in parallel in this one. They take numerous forms, as material as virtual.

To keep of the currency costs some money - The tender currency

A complementary local currency is not legal tender and cannot be the object of speculation. Some of them can be tender, that is lose a part of their value in the course of the months, what favorites the traffic of the money. Indeed, the objective is to accelerate the exchanges at the local level to make for it benefit the real economy (support for the employment, the brake in the relocations).

The concept of tender currency - the beginning of the XXth century, was applied for the first time during the Great Depression of the 1930s. The exchanges are accelerated, and it is one of the interests of the local currency there. "We consider that an euro is 2,4 times exchanged on average between two passages by the bank. For a united currency as the Sol Violette, it is rather 6 times!

It is what we call the indication of traffic of the currency. A complementary, local currency, which circulates much more fast! And so the local exchanges are revived, giving then a boost to the local economy.

Among the objectives of local currencies: 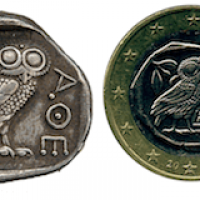