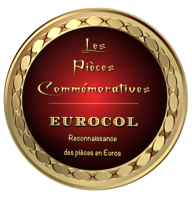 Reading of both boards used in Eurocol

The ECB European Central Bank authorized Member states in the broadcast of a commemorative coin (2 €) from 2004.

The same ECB authorized every State for the broadcast of two annual coins in 2012.

This does not include said rcoins " in common emission " which constitute then third one annual coin for every Country as in 2015 with the coin commemorating 30 years of the European Flag.

FAST ACCESS TO THE ANNUAL RANKING OF THE COMMEMORATIVE COINS

Board of presentation of the coins

Every year is presented in a identical way

It is about the summary table presenting each of the coins emitted by Member states in the year; they are quite present but not necessarily in the chronological order. Dates of issue and their drawing represent in detail coins in the following pages.

At the top of the picture, we find a blue mark corresponding to the physical classification of coins among eight albums of Eurocol followed by an indication of the number of emitted coins, by how many States and a small logo calling back a coin or a particular year (decoration).

Some information is given concerning both numberings of coins in Eurocol.

The picture lists itself coins and gives its marks - picture, digital technology and description (name of the event). Above is called back the total of the exits of the year, and the accumulation since 2004.

Two paintings give the position of the coin : green in Eurocol, red absent in Eurocol. coins are tidied up in front of their description. Over the green rectangle, is called back the number of coins at present and classified in Eurocol, as well as the accumulation since 2004.

Identification sheet of every coin 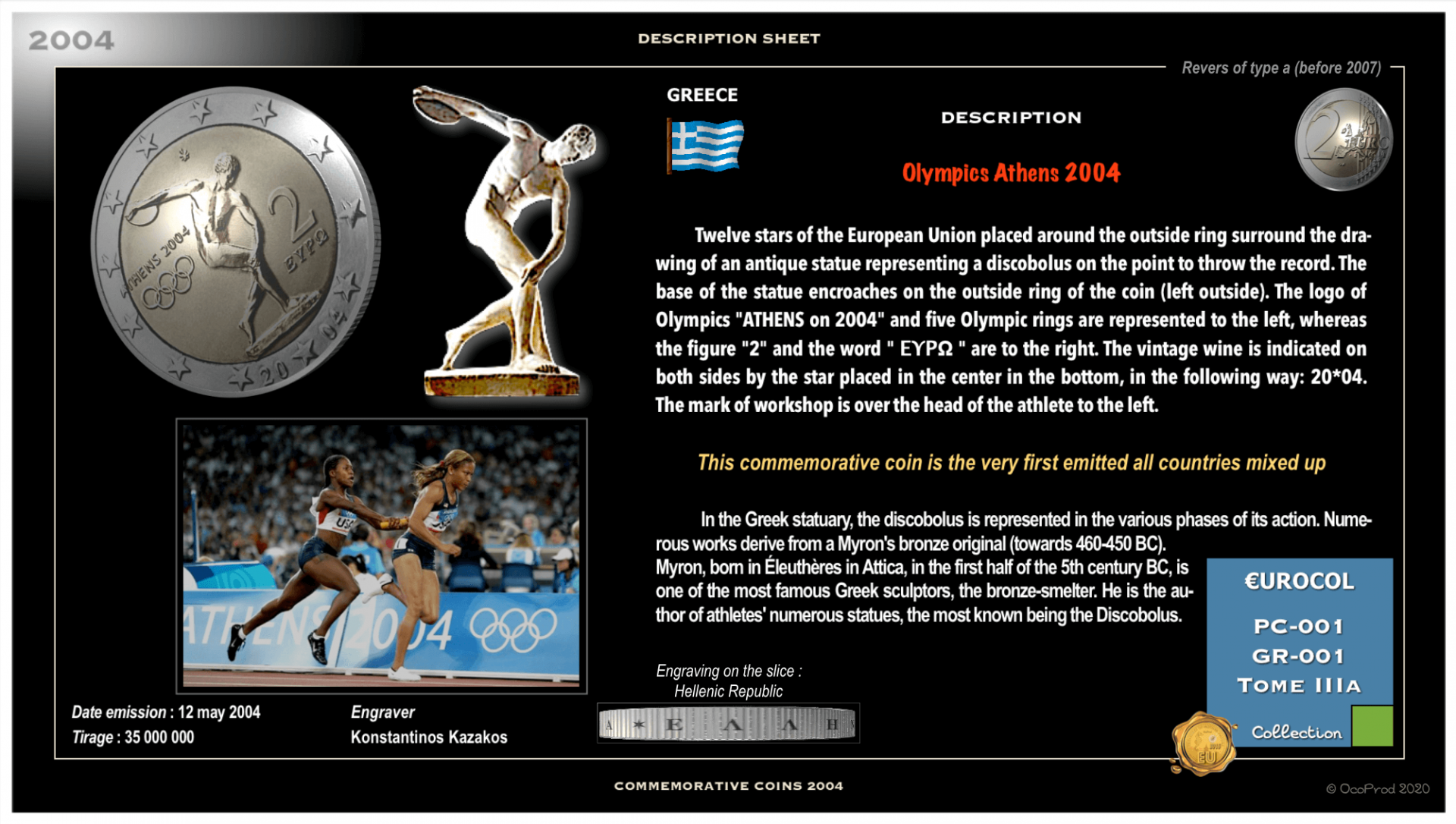 In the pages that follow the first table, each coin is presented in a new table with in the description of the event, a description of the coin itself (this description is given by the official website of the ECB), followed by a succinct reminder concerning the motif engraved on the coin then information about the Country, its flag, the author of the coin, its circulation & date of issue and the reading of its slice.

The Eurocol label complements this information with the ranking - Tome of phisical ranking - the chronological numerations & by Country, the presence or not in the collection in green or red, as well as a decoration element related to the event.

The classifying of the coins in Eurocol is done by date on the one hand, then by alphabetical order.
The detailed sorting in the array allows to number the coins for the collection with the PC prefix for Commemorative PC-001.
A reference is assigned to each part for a sort by Country GR-001.