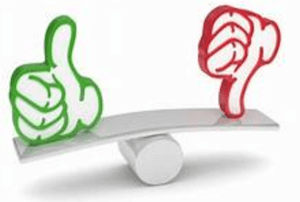 The complementary currencies can be divided into 2 groups

A monetary unit is equal to an euro, which allows to use it more easily, without having to make of conversion. But that's it even which returns the interest difficult to understand.

Those who use it make it because it represents for them a way of revitalizing the local economy, because its use is restricted to a geographical zone. It allows the storekeepers who agree it to distance themselves from others and thus to attract more customers.

Increase the circulation of the currency

Local currencies not allowing to save, the traffic of the money is faster than with the euro (the relationship can go of 4 to more than 30!). It is frequent to believe that local currencies, because they cannot be saved, fight against the drift of the finance. Yet, the amount in euro amounting to the circulating local currencies is stored in bank accounts. This sum (550 000 € for the eusko, the Basque currency) is blocked for his owner. She is thus at free arrangement for the speculation.

Besides, she risks for some to constitute a withdrawal and she allows to limit the inflation for the others. But the prices being fixed to parity with the euro, a possible inflation would impact so much on both currencies.

To create a local currency in a city or a region allows to:

Revitalize the local exchanges and the local economy because the validity of the currency is limited to a territory, in the service of the local economic strength (small shops of closeness, local producers, etc.).
We know well that, if the complementary currencies represent a local luck, they are also a way of reassurance of the global economy, would be only by the effect of progressive amortization of the variations. Bernard Lietaer, in this respect tells us that " the impact strength of a system whatever it is is all the bigger as this system is plural and in strong to inter connectivity ".

Maintain jobs in the territory and to create it of new because by encouraging the local consumption you boost the economy local, and consequently, avoid the relocation and increase the capacity to the storekeepers and the producers to to start work.

Favor the exchanges between citizens because the currency is an identity strong symbol. So, the fact of finding itself around a system of common exchange creates of the cohesion and favors the social links.

Reduce the ecological impact because the creation of a currency encourages the local producers, and consequently the short circuits. So, you reduce the transport of products and minimize climate change.