30 years of the fall of the Berlin Wall.

Germany decided to hit a new coin (its 2nd of the year) to celebrate the 30th anniversary of the fall of the Berlin Wall.

Particular feature of this coin: It is inspired by the design of the French coin which will be hit in November concerning this same anniversary. A difference between these two drawings appears in the text: in 2 languages on the original RF design of the Paris Mint, it is only in German on the German coin.

France and Germany have already hit a coin with a common design in 2013 for the 50th anniversary of the Treaty of Elysée. 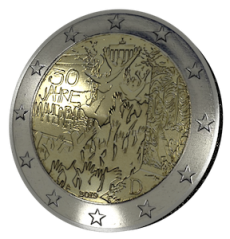 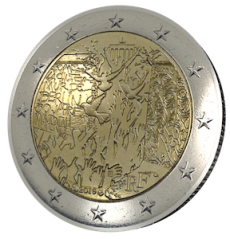 We can see two fragments painted and inscribed from the Berlin wall. The fragment on the left shows the inscription "30 YEARS OF WALLFALL". In the center of the motif, jubilant people crossing the broken wall, their hands raised and three doves symbolizing peace in Europe fly above. In the background, you can see the Brandenburg gate. On the right edge of the image, the letter "D" is visible for the issuing state and below the year "2019".

Start a new thread in Germany 2019 - Wall of Berlin