We can distinguish, among a thick cloud of points, the outlines of Finland. It is the motive chosen by Finland to commemorate the 100th birthday of its independence. 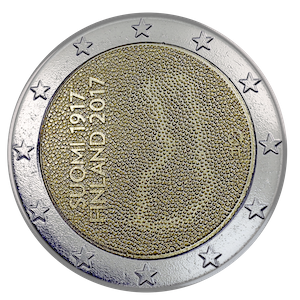