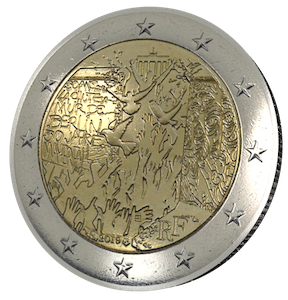 Among the commemorative coins emitted by France since 2007, a series of big events or symbols of our history appeared:

In 2019 appears The Berlin wall

What do you think of it?